The following is a list of all the Featured Articles on the Final Fantasy Wiki. A featured article is displayed on the front page of the Wiki for a month. Articles are chosen if they are well written and have plenty of information. Ideally, the articles would adhere to the Manual of Style, and they do not contain redlinks, redirects, missing images, incomplete or empty sections and coding errors. Voting for Featured Articles may be found here.

"Eyes On Me" from Final Fantasy VIII

"Eyes on Me" is the theme song of Final Fantasy VIII. Composed by Nobuo Uematsu, English lyrics by Kako Someya, and performed by Hong Kong pop diva Faye Wong, the song went on to sell a record breaking 400,000 copies. It also won "Song of the Year (Western Music)" at the 14th Annual Japan Gold Disc Awards in 1999. This was the first time a song from a video game ever won the honor.

The game developers had originally planned to use a famous vocalist in the ending of Final Fantasy VII, but the plan didn't go through due to being too abrupt, and there was no suitable theme in the story for a vocal song to suddenly come up in the ending. In Final Fantasy VIII the song has a meaning in the plot, and it relates to the game's main characters. Uematsu wrote a ballad he thought would suit the theme and asked everyone to bring in CDs with vocalists who would match it. (more...) 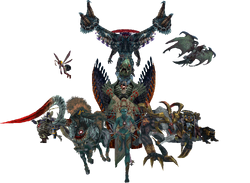 The Dark Aeons (ダーク召喚獣, Dāku Shōkanjū?, lit. Dark Summon Beasts) are dark counterparts of aeons in Final Fantasy X. They are superbosses and one of the extra features included in the International, PAL, and HD Remaster versions of Final Fantasy X. Each has a red spot somewhere on their body and appear as darker-colored palette swaps of the aeons Yuna can summon. Though the possessed aeons during the final battles use the same models, they are not referred to as "Dark Aeons".

In the Japanese versions the enemies' names are prefixed with "Heretic" (ヘレティック, Heretikku?), but the collective is still referred to as "Dark Aeons" in Japanese publications. (more...)

Our clan has a very strict entrance examination. We should begin yours at once... And you pass. Moogles are quick to make up their minds, kupo.

Clan Centurio (セントリオ, Sentorio?) is one of the many clans in the world of Ivalice. Starting out small, they expand to become one of the largest clans. Some of the members can be found in the Japanese version of Final Fantasy Tactics Advance as the first members of Clan Nutsy.

In Final Fantasy XII, Clan Centurio is a recently founded Elite Mark hunting group. Its leader and founder is the moogle Montblanc who receives bills for some of the toughest Marks for Vaan and company to track down and defeat, offering prizes along the way. (more...) 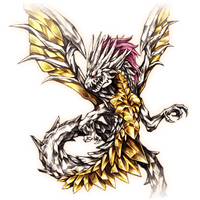 Shinryu (しんりゅう, Shinryū?) is a powerful entity and enemy exclusive summon in Dissidia Final Fantasy and Dissidia 012 Final Fantasy. Originally appearing as a superboss in Final Fantasy V, Shinryu is a summon used by Chaos and the only one that cannot be controlled by the player. It also plays a role in the story as the facilitator of the cycles of war. (more...)

Only the chosen may enter that land. The chosen will touch all creation, and obtain that which is truth. It is reason outside of reason—the reason of Agito. It is power—the authority of Agito. The sage proclaims: 'In all things, there is meaning. In all things, mourning will end. Make your choice: will you choose reason, or the power of kings?'
And unto him, I reply: 'I will become Agito. I will sound the knell to shake all the world. When nine and nine meet nine, the depths of reason shall stir. When the seal of creation is broken, a voice like thunder shall sound, and thou shalt know—we have arrived.'

Agito (アギト, Agito?) is a term from the world of Orience in Final Fantasy Type-0 and its prequel Final Fantasy Agito. The Agito is a messiah prophesied in ancient mythology to appear at the time of Tempus Finis, an apocalyptic calamity. The legend of the Agito is written in the Nameless Tome. (more...)

Now, become a Warrior of Light and head to the distant land of Luxendarc...

Bravely Default, released in Japan originally as Bravely Default: Flying Fairy, is a role-playing game for the Nintendo 3DS. Character design is done by Akihiko Yoshida and Silicon Studio.

Bravely Default: For the Sequel, the upgraded version of the original game upon which the American and European versions of Bravely Default are based, was released on December 5, 2013, in Japan. The game spawned a free-to-play web browser game, Bravely Default: Praying Brage, and a sequel, Bravely Second: End Layer. Another game called Bravely Archive, was released in Japan targeting mobile devices in January 2015. (more...) 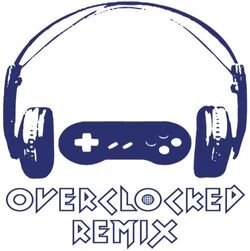 OverClocked ReMix is an organization dedicated to the appreciation, preservation, and interpretation of video game music that was founded in 1999. Its primary focus is ocremix.org, a website featuring thousands of free fan arrangements, information on game music and composers, resources for aspiring artists, and a thriving community of video game music fans.

Currently, OCRemix has over 2,700 rearrangements of various video game tracks, remixed by over 1,100 artists. This total collaborative effort gives a wide selection of different genres to enjoy. In all, over 200 Final Fantasy tracks have been mixed, from both main series games and spinoffs. Many among these tracks were released in complete, multi-disc albums, as part of large projects OCRemixers collaborate upon en masse. Thus far, OCRemix has released four such albums (for Final Fantasy VII, Final Fantasy IV, the first of a five-part Final Fantasy V album, and Final Fantasy VI). (more...)

I'm a big fan of Lord Avon's plays. I have—I mean, I've seen all of them. 'I Want to Be Your Canary' is one of my favorites!

I Want to Be Your Canary (君の小鳥になりたい, Kimi no Kotori ni Naritai?, lit. I Want to Be Your Bird) is a theater play in Final Fantasy IX. It was written by Lord Avon hundreds of years ago, and tells the story of the romance between a noble and a peasant.

Princess Garnet, and her mother, Queen Brahne, love this play, and the Tantalus Theater Troupe from Lindblum arrives every year to perform it on the Princess's birthday. (more...)

Ajora was born in the Lesalian city of Bervenia twelve centuries ago. Raised in Milados, he preached openly about the coming of Paradise. This infuriated the Pharist priests, and the Holy Ydoran Empire hanged him as a traitor. When Mullonde, the center of Pharist teachings, then sank into the sea, Ajora's disciples began to preach of his divinity, eventually forming the Church of Glabados.

He has two portraits. One depicts Ajora while he was still alive, and the other is shown in-game during the a scene near the end. That portrait is similar to Alma Beoulve's, only with loose, white hair instead. He uses the unique job class False Saint (or Phony Saint in the PS1 version). (more...)

Pulse fal'Cie and l'Cie are bad news. That's why Cocoon kicked them out. Live too close to the fal'Cie? One-way ticket to Pulse! That's the Purge in a nutshell.

Vanille, describing the Purge to Hope Estheim inside the Pulse Vestige

The Purge (パージ, Pāji?) is a form of forced migration and social cleansing in Final Fantasy XIII. It is conducted by the Sanctum, the fal'Cie-run government of Cocoon, to get rid of those believed to have been 'touched' by Gran Pulse.

After a Pulse fal'Cie was discovered within a Pulse Vestige in the town of Bodhum, everyone who was in Bodhum at the time were accused of being tainted by Pulse and the people of Cocoon cried out for their expulsion. The Sanctum's personal army, PSICOM, quarantined the town and rounded up the people, regardless of whether they were citizens or tourists. The deportees were forced to wear "Purge clothing" (restraint garments fitted with a metal device that binds their hands, controlled by a remote held by a PSICOM soldier), and loaded onto "Purge trains," while those who tried to resist or run were fired upon. (more...) 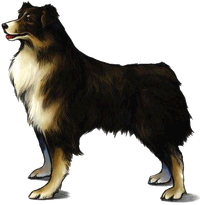 Angelo is two years old, born December 13. Though given the opportunity when meeting Rinoa with the Forest Owls, the player may change Angelo's name any time with the Pet's Nametag item.

Angelo's profile in Final Fantasy VIII Ultimania reveals her full name and date of birth, as well as how Rinoa came to own her: Rinoa found Angelo at the Timber Pet Shop when she was just a puppy. Without telling her father, Rinoa bought Angelo on impulse. (more...)