The game is available for individual purchase in standard or deluxe editions, through both physical and digital means, as well as through a free "PS5 enhancement update" for players that already have the PlayStation 4 version. These free updates do not include the additional story episode, which must be purchased separately.

Available exclusively in Final Fantasy VII Remake Intergrade, a bonus episode focusing on Yuffie Kisaragi is set to release alongside the game. For those who upgrade to Intergrade for free by owning the PS4 version, the episode must be purchased separately, but is included with any purchase of the main game.

The episode features Yuffie as the main playable character as she infiltrates Midgar to steal a special materia from the Shinra Corporation for her homeland of Wutai, working alongside a cell of eco-terrorist group Avalanche.

In a Famitsu interview, while talking about Final Fantasy VII Remake Intergrade's title, Tetsuya Nomura commented that the word intergrade was chosen for the title for meaning both "middle" and "to move", as this Remake Intergrade serves as a mid-point between the first and second instalments of the Final Fantasy VII Remake series of games as well as a move from one system to another.[1] 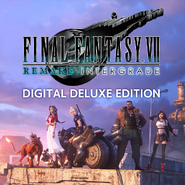 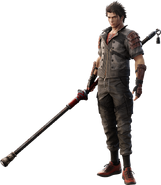