Edit
Please note that the following article deals with the coverage of a fan-made product that isn't licensed by Square Enix.

In 2005, the Chinese company, ShenZhen Nanjing Technology, created an unofficial port of Final Fantasy VII on the Famicom. This version is licensed by neither Square Enix nor Nintendo. Oddly, this game makes a reference to Advent Children, though it has nothing to do with that movie or any sequel. The plot is pretty much the same as the original, but large sections have been lost. After the events of the Northern Cave, this version skips over the Weapons and Huge Materia and jumps right to the final battle. Since it is a port onto a system with far lower technical capabilities than the PlayStation, the Famicom version is greatly stripped-down.

Much of the gameplay is lost as well. Summons, Limit Breaks, the optional characters, and nearly all of the sidequests have been removed. There are only six healing items and Materia is severely limited. Since the plot has been cut down, there is no airship, and thus areas only accessible via airship are gone. For unknown reasons, Mt. Nibel and Fort Condor have also been removed. The game's battle system is very difficult, as leveling and Materia growth have been made slower. Random battles are also much more common. Gamers, however, said that it was fun to play—if one cheats.

The game can be played on any Famicom or on the NES using an adapter. It has a unique cartridge that looks nothing like licensed Famicom cartridges.

In April 2011, A developer named Lugia2009 released an English patch for the game, including many graphical improvements, new soundtracks, and upgraded gameplay. It has now been deemed fully completed with its final release on November 10, 2013 and can be downloaded here. 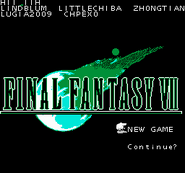 Meeting Aeris in the church. 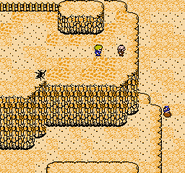 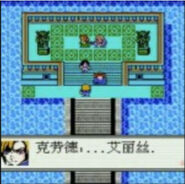