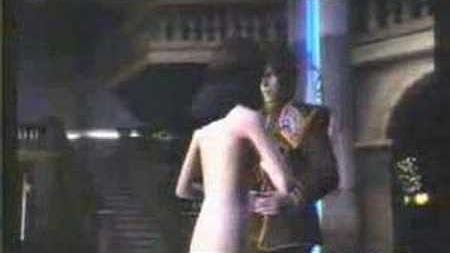 The Final Fantasy VIII technical demo is a remake of the ballroom dance scene of Final Fantasy VIII for the PlayStation 2. It was released in 1999. The tech demo features Squall Leonhart and Rinoa Heartilly reenacting the famous waltz scene to the music of "Waltz for the Moon", a waltz version of "Eyes on Me".

The sequence appears as it did in the game with no visible polygons or slowdown. The tech demo is showcasing what the game could have looked like if it were remade for the PlayStation 2.