The following is a list of jobs in Final Fantasy Tactics, featuring in both the original PlayStation version, and The War of the Lions remake.

The War of the Lions version[] 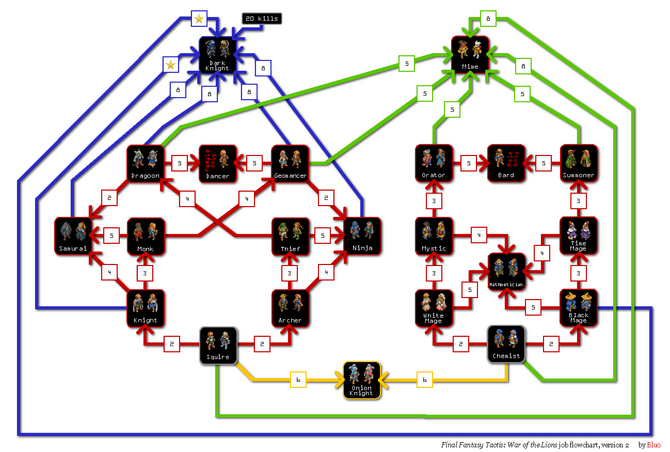 These jobs are available as a controllable character after acquiring them along the storyline's progression or as a sidequest. Their special job replaces the base Squire job. Guests can modify their equipment and abilities in between battle sessions, however, they cannot be controlled, nor can they participate in non-storyline battles. After the character joins the party, they are fully controlled in any battle.

These jobs are only available as guests to the party. While one can modify their equipment and skills to some extent, they cannot be controlled and only appear during storyline battles. They don't appear during random encounters.

The following jobs are story related jobs used during the cutscenes and serve no purpose in battle as the majority of them possess no action abilities. Curiously, the developers did take time to give them a job description.