Every race can choose between several primary job classes without requirements in Final Fantasy Tactics Advance. Mastering a certain amount of action abilities for certain classes unlocks secondary jobs. Characters can freely switch to any primary or unlocked secondary class outside of battle.

Classes not unlocked with any character won't be displayed on the class switching screen. Classes must be unlocked individually for each character. Unlocking a class for the first time will make that class option visible for all characters with compatible races, but they won't be able to use that class unless they meet the requirements themselves. Every time a character learns all the abilities of one job, that job will be marked with a star above it in the class switching screen.

The following is a list of jobs in Final Fantasy Tactics Advance. 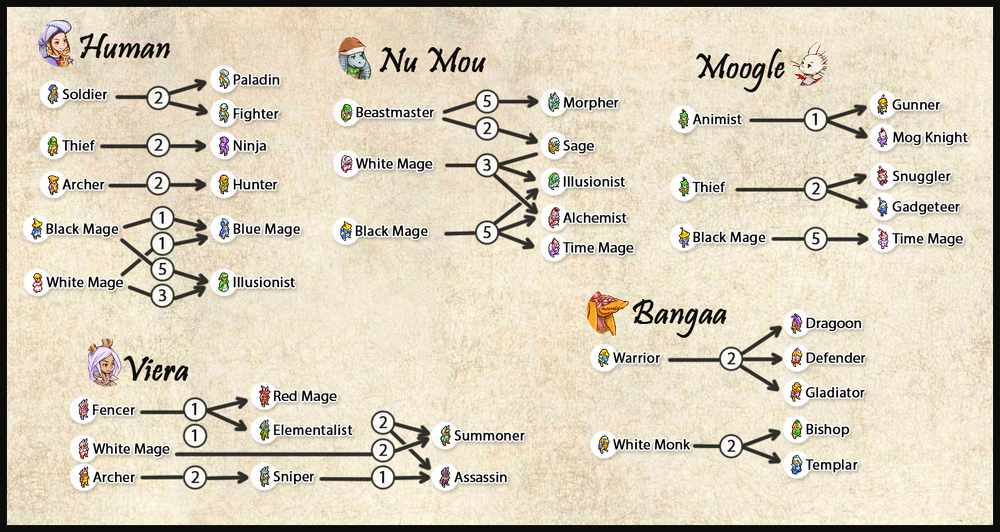 Retrieved from "https://finalfantasy.fandom.com/wiki/Final_Fantasy_Tactics_Advance_jobs?oldid=2570176"
Community content is available under CC-BY-SA unless otherwise noted.