Below is a list of all the armor that appear in Final Fantasy Tactics Advance.

Helmets are sturdy metallic pieces of headgear can be equipped by Soldiers, Paladins, Warriors, Templars, Defenders, Dragoons, and Mog Knights.

This set consists of delicate ornaments can be equipped only by viera job classes and Ritz Malheur. They tend to neutralize a large number of negative status effects.

Hats are lightweight headgear that all jobs can equip, except for the Paladin, Dragoon, Defender, and White Monk.

This type of armor focuses mostly on Defense and can be equipped by the Soldier, Paladin, Warrior, Templar, Dragoon, Defender, and Mog Knight jobs.

The Clothing genre of body armor offers more of a balanced defenses against magic and weapon attacks compared to heavy armor. They are also the largest class of body armor and can be equipped by all jobs except for the Paladin, Dragoon, and Defender. 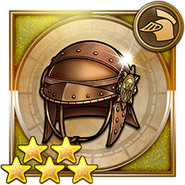 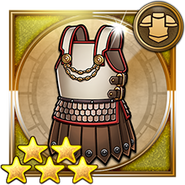 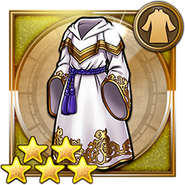 This section about equipment in Final Fantasy Record Keeper is empty or needs to be expanded. You can help the Final Fantasy Wiki by expanding it.
Final Fantasy Tactics Advance
Armor
Community content is available under CC-BY-SA unless otherwise noted.
Advertisement