The plot is slightly different from the original game, and the main characters are immediately transferred to Ivalice after Mewt Randell reads Alta Oron Sondus Kameela. Nono appears much earlier in the storyline than before. At the first battle with the bangaa, it was forbidden to use Magic instead of using items. Because of this, Montblanc receives a Yellow Card after casting Fire to a bangaa. After that, one of the bangaa received a Red Card and was sent into prison because he had hit Nono, a non-participant, with Aero.

Another difference is that Doned says that Marche is Ritz's boyfriend, but Ritz insists it is a lie. Unlike the original game, Ritz, Mewt and even Doned's arrival are shown. Upon Doned's arrival, he meets up with a Judge.

Nono's airship's name is revealed, which is called the Brilliante. When the Brilliante was about to be fixed by Nono along with Montblanc, a lever got stuck and caused an explosion. The Brilliante was then used to go to the Bervenia Palace. This was mentioned again in Hurdy's sidestory from Final Fantasy Tactics A2: Grimoire of the Rift.

Later in the radio drama, Marche, Montblanc, Ritz, Shara, Doned, Judgemaster Cid, and Babus joined forces against Queen Remedi. During the battle, Montblanc knew Time Magic and Ritz knew Spirit Magic. The team also summoned Totema based on their race. Instead of summoning Exodus like in the game, Ritz summons Mateus, while Cid summons Adrammelech.

At the ending, instead of meeting with Biggs, Cid Randell invites a drinking friend. Later on, a voice, presumably Montblanc, says to Marche that he hopes to see him in a dream. 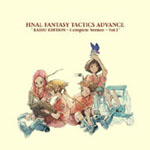 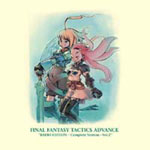 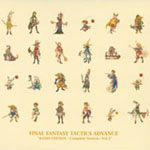 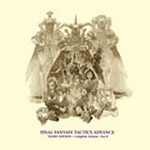 The voice actors was introduced during the credits, by the voice actors themselves. Each voice actor stated which character they played, and then their own name. The Song The Place We Should Return To was played.