Game Boy
Nintendo DS
Final Fantasy Legend II, originally released as SaGa 2: Hihou Densetsu (Sa・Ga2: 秘宝伝説, Sa・Ga2 ~ The Treasure Legend?) in Japan, is a game released for the Nintendo Game Boy. Like its predecessor, the English version was re-branded as a Final Fantasy title due to the series' popularity in the Western territories.

At the beginning of the game, the player creates their party. They are given a choice of four races, three of which are from the first Final Fantasy Legend:

Additionally, guest characters will join the party at certain points during the adventure and act of their own will in battle. Unlike the main party, these characters have predefined names as well as individual backstories.

Battle is a standard affair, taken in turns. When the attack option is chosen, the character must decide which weapon they want to attack with. However, equipment has a number of uses. Using a weapon will decrease it by one and when it reaches zero, it breaks and must be replaced. Luckily, a character can equip multiple weapons so they will not be totally useless should one of their weapons break. Every weapon has limited use regardless of whether they're attack, agility, or mana-based. Even shields have a number of uses.

Magic Books can be bought. While expensive, they are usually stronger than a mutant or monster's version of the spell. Monster and Mutant abilities also have limited uses, but are restored at the inn.

While the main party consists of generic characters the player creates, during several points of the story a fifth character will join the party to help out:

...MAGI...
The symbol of great power. The legacy of the ancient gods who made this world.
Many fought for the mighty power. Some won and some failed.
Now.... another legend of bravery is about to begin....

A great tower is located in the world and connects various other worlds together. All these worlds contain MAGI, fragments of an ancient Goddess who existed several eons ago. The party sets out to gather the MAGI to prevent those with sinister methods from collecting it and becoming new Gods. 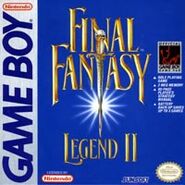 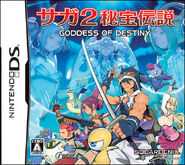