Final Fantasy IX was released July 7 2000 in Japan. This is the original version. 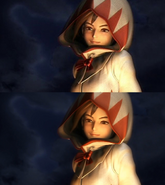