I remember a guy with spiky hair who carried something like this.

Zidane Tribal after seeing a "Buster Sword"-like object in an equipment shop.

Final Fantasy IX was intended, in many ways, to be a salute to the history of the Final Fantasy series, and as such, it is filled with allusions and references to previous games. One of the most apparent is the similarity of the playable characters to the classic job classes of previous games, most notably Vivi to the Black Mage of the original Final Fantasy.

In the English translation, not all of the various names and references match up to those used in the previous English-language releases, and because of this, many of the references are missed by the non-Japanese audience.

Artwork for Enterprise (FFIV) in top, and Invincible (FFIX) in bottom.

Allusions to the number nine[]

Being the ninth installment of the series, Final Fantasy IX makes some references to the number itself. Although these are not necessarily deliberate allusions to the number 9 (whether they are or not is speculative), they are nonetheless present.

From mythology, television, video games, film, and other media. 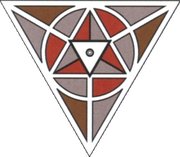