The following is a list of locations in the world of Final Fantasy III. 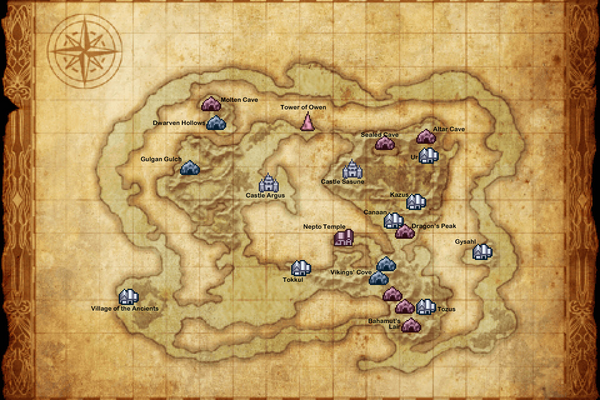 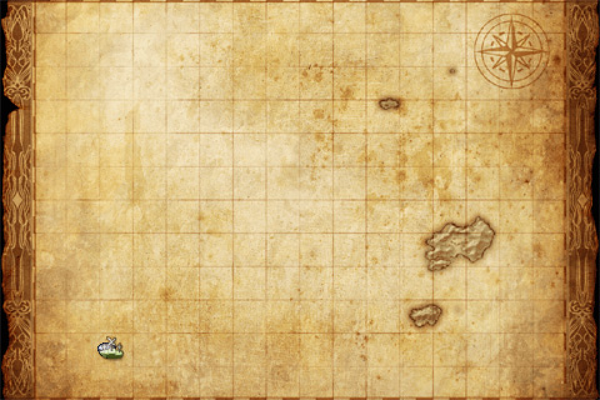 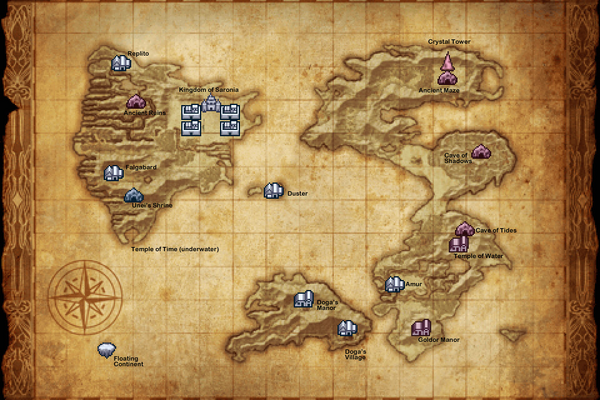 It includes the following areas:

The design of the environment is based of its appearance in the 3D version's opening movie, and battles takes place on one of the continent's floating rocks. At the beginning of battle, the main stage is surrounded by dense clouds, with other distant floating rocks and isles barely visible.

During its stage transition, the Crystal Tower in the far distance dissipates the clouds concealing the continent, revealing its bright blue skies, and the Invincible rises from below the resurfaced continent, circling around the stage. 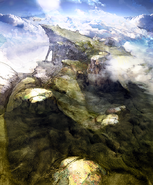 Concept artwork of a highland area used for the opening movie by Akihiko Yoshida (DS).