Cid Pollendina: Oh, shut up and help me remodel the Final Fantasy Fables: Chocobo Tales page!
Please expand this article into a full one. The following tasks need to be completed:This request can be discussed on the associated discussion page. Remove this notice upon completion.

チョコボと魔法の絵本 (Chocobo to Mahō no Ehon?)

The game features a card-based combat system as well as multiplayer support. Using Nintendo Wi-Fi Connection, two to four players may team up for battles or to participate in mini-games.

Gameplay consists of exploring the environment to find picture books. The player is transported into the pop-up worlds of the book must complete different mini-games to unlock the next part of the story, new cards, chocobos, and books.

The stories in the books are mostly based on classical fairy tales, but are adapted to suit the Final Fantasy universe. The stories' protagonists are chocobos and other Final Fantasy creatures.

Throughout the world of Chocobo Tales are hidden micro-games, which are more simplistic mini-games. These are not located in pop-up books and are not required for the progress of the game.

The player may also participate in Pop-up Duels through the use of pop-up cards.

As with all Chocobo series games, the soundtrack uses music from other Final Fantasy series. These are all included as Disc 1 of the Chocobo to Mahou Ehon Series Original Soundtrack.

This section is empty or needs to be expanded. You can help the Final Fantasy Wiki by expanding it.
Main article: Chocobo to Mahou no Ehon: Majo to Shoujo to Go-nin no Yuusha

A sequel to the game has been released for the Nintendo DS, (チョコボと魔法の絵本 - 魔女と少女と五人の勇者, Chocobo to Mahō no Ehon - Majo to Shōjo to Gonin no Yūsha?, lit. "Chocobo's Magical Book - The Witch, The Girl and the Five Heroes"). 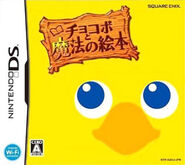 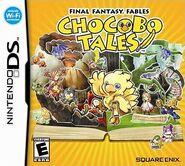 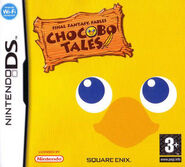 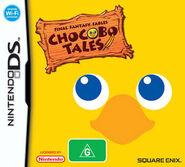