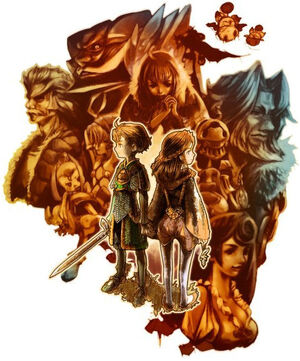 Only released in Japan, the game was bundled with a special-edition Nintendo DS Lite. The bundle is known as the Gemini Edition.

Box, game, and DS.
Add a photo to this gallery

Europe.
Add a photo to this gallery