iOS 7.0 and up, Android 4.0 and up
Final Fantasy Artniks Dive was a dungeon-crawling social mobile game for Android and iOS developed by Square Enix, which was published in Japan on GREE's mobile-social gaming platform.[1] Players must have a GREE mobile gaming platform account in order to play. The game features an original cast of playable characters, but also incorporates Final Fantasy series characters and equipment. Its predecessor is Final Fantasy Artniks. The game was terminated in March 2016.

Final Fantasy Artniks Dive featured large maps for the player to explore and encounter enemies. The players collected materials to create powerful new weapons for use in their adventures. Players were also able to harness the powers of characters from various installments of Final Fantasy including Warrior of Light, Firion and Lightning using their "character cards".

Players were able to use up to five characters in battle, and magic spells such as Comet.

The game was slated for release in Summer 2014. Players may pre-register for the game until it is officially released. The GREE Portal page features a daily Gacha system and a referral system.

With the Gacha system, the player obtains up to three Gacha Ticket for logging in (plus two additional tickets through Twitter) each day. Each ticket allows the player to randomly draw a single monster card ranging of varying rarity, from 1★ (most common) to 5★ (rarest). The player may then choose to keep one card to take with them for when the game is officially released. Using the referral system, the player may invite their friends to pre-register in order to obtain additional equipment rewards which will carry over into the game when it is released. In addition to these rewards, the player also receives a Talisman [Accessory] for pre-registration.

Possible rewards are as follows: 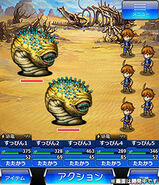 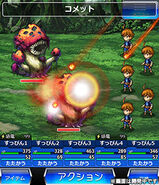 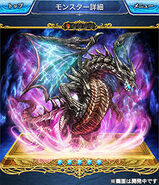