Final Fantasy Wiki
Register
Don't have an account?
Sign In
Advertisement
in: Music from Final Fantasy: The Spirits Within, Soundtracks from other spinoffs

"The Dream Within" was nominated in 2002 for "Best Original Song Written for a Film" in the World Soundtrack Awards.

For the North American release the liner notes have lyrics to "The Dream Within" and "Spirit Dreams Inside," shots from the movie, and a message from composer Elliot Goldenthal. It also includes a preview video of Final Fantasy X viewed by putting the CD in a computer. The Japanese version of the soundtrack has a preview of the Spirits Within movie. 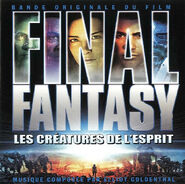 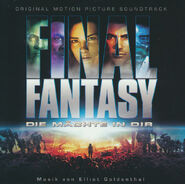 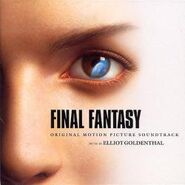 Final Fantasy: The Spirits Within
Music
Community content is available under CC-BY-SA unless otherwise noted.
Advertisement