Figaro no Kekkon: Tales from Desert

Figaro no Kekkon: Tales from Desert (フィガロの結婚?, lit. The Marriage of Figaro) is a Final Fantasy VI doujinshi written by Kaori Tanaka. It explores the backstory of Sabin and Edgar, and provides an expanded look at life within Figaro Castle. The doujinshi is not written in a linear format, and is structured as a collection of short stories of varying length.

Tanaka herself notes in an insert with the doujinshi that readers should not consider it canon. Today the doujinshi is very rare and difficult to find.

The doujinshi explores the reasons for Edgar's flirtations, Sabin's training in martial arts, and the history of the Figaro kingdom. The doujinshi also covers events shown in Final Fantasy VI, namely, the death of the former king of Figaro and Sabin's departure from the castle. The relationships Sabin and Edgar have with a few of the other Final Fantasy VI party members are mentioned briefly.

Several details of Figaro royal life are included. Blue eyes are a sign of royalty in Figaro, and all members of the royal family have a middle name that they keep secret. Figaro Castle is built approximately two hundred years before the events of Final Fantasy VI, and is retrofitted to burrow underground seventy-four years prior to the game. The first attempt fails catastrophically, rendering the castle uninhabitable, and the royal family is forced to relocate to South Figaro. The castle is repaired and a second, successful attempt to burrow the castle is made six years later.

At age fourteen, all Figaro royalty must hunt and capture an Antlion as a rite of passage. However, Edgar and Sabin play at the beaches near Kohlingen the day before, resulting in Sabin being feverish during their hunt. Though they succeed in catching the Antlion, Edgar is still ashamed of himself for how he treated Sabin. Sabin also has a genetic disease from his grandfather that makes him very sickly, causing his father to look down on him. To prove himself, Sabin begins to train in martial arts with Duncan and strengthen his body.

When the brothers are sixteen, Stewart's brother, Francis, hires assassins to kill his brother. They kill two members of the royal family but are stopped, and Francis is imprisoned for life. A year after this, Stewart is poisoned by the Gestahlian Empire, and Edgar uses a two-headed coin to allow Sabin to leave the kingdom and find his own path.

Besides Sabin and Edgar, several other characters in Final Fantasy VI are mentioned. Other characters, mostly new characters within the Figaro family tree, are also introduced.

The Marriage of Figaro is a famous opera written by Wolfgang Amadeus Mozart. 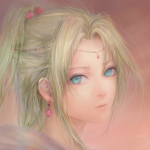 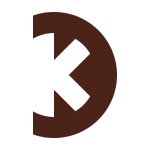 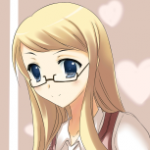