If Eiko is using the Maiden Prayer, Fenrir will use the Wind-elemental ability called Millennial Decay instead. Fenrir's spell power is augmented by the number of Sapphires in the party's inventory, and summoning him costs 30 MP. 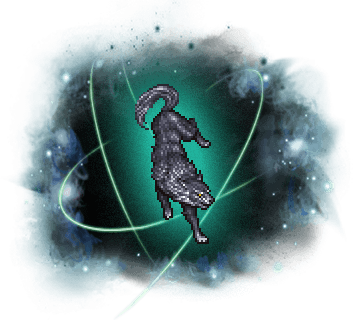 This section about Summon magic in Final Fantasy Explorers Force is empty or needs to be expanded. You can help the Final Fantasy Wiki by expanding it.

Fenrir appears as a wind-element ability card in Mobius Final Fantasy. Its ability is Shadowbind, which is a ranger ability that allows a single-target wind attack that stuns. It produces four earth orbs in battle. It possesses the extra skills Breaker-Killer, Critical Retrieval and Critical Sundering. Its auto-abilities are Break Power Up+3% and Enhance Wind+3%. It can be obtained from the Ability Card Shop or through Summoning.

Fenrir, alongside other recurring Final Fantasy summons, appears as one of the giants that must be defeated in the Japan-only game Blood of Bahamut. There is also a stronger version of Fenrir that can be fought, called Vanargand.

Retrieved from "https://finalfantasy.fandom.com/wiki/Fenrir_(summon)?oldid=2757196"
Community content is available under CC-BY-SA unless otherwise noted.