Fast-travel is a gameplay mechanic that allows the player to jump to another location, usually with a loading screen.

The fast-travel via chocobo-drawn carriage can be opened up in Chapter 14, "In Search of Hope", through the "Chocobo Search" odd job.

Before Balamb Garden becomes mobile, the lobby directory can be used to fast-travel between different sections in the Garden.

The player can use the bus service in Deling City to move about, but this is not particularly faster than walking.

Esthar City has lifts that can be used to fast-travel around the metropolis, but this system is disabled later due to a storyline event.

After retrieving the stolen sphere from Leblanc in Luca, the player arrives at the airship Celsius which allows to quick-travel between the major locations across Spira. At several points, the player will be forced to fast-travel to some locations and save sphere access to Celsius will also be restricted.

Initially, the game's only fast travel was the free service offered by a pair of Tarutaru who teleported players between Windurst Waters and Windurst Woods. Over the years, however, a confusing array of fast-travel options have been added to the game, using a wide variety of currencies.

The first option to be added was the outpost travel system, where players could make a one-way teleport to any outpost that they had undertaken a supply quest to. This costs gil or Conquest Points.

After that, the introduction of Final Fantasy XI: Treasures of Aht Urhgan gave players the option of teleporting back and forth between Aht Urhgan proper and the three starting nations or Jeuno, with teleportation to Aht Urhgan requiring a separate quest completed for each city as well as the payment of 300 gil and the reverse direction either costing an Imperial silver piece or being free, but unreliable. Furthermore, players signed up as mercenaries for the empire could use the runic portal system to travel back and forth between the capital city and the various Assault staging points.

Final Fantasy XI: Wings of the Goddess allowed players who were signed up in the military service of one of the past nations the ability to teleport back and forth between the past version of the nation's city and most of the various expansion areas. The exact location of the field teleport point varies depending on the progress of Campaign, but takes Allied Notes in any event.

In Abyssea, each zone had 9 Veridical Confluxes that once activated, could be teleported between with payment of Abyssea's currency, Cruor.

With the addition of Voidwatch, there was a corresponding need to travel back and forth between the cities and the places around the world where Voidwalker incursions occurred, so the atmacite refiners in the cities offered a one-way teleportation service costing Cruor.

Somewhere around this time, the Fields of Valor system was added, and it became possible to teleport between the field manuals and the home cities using Field's of Valors own currency, tabs.

Once all 11 Mog Tablets have been recovered, there is a chance that among the Super Kupowers bestowed will be Thrifty Transit, which among other things places an Explorer Moogle in each city in the original game areas who will teleport you to another city for gil.

Final Fantasy XI: Seekers of Adoulin added geomagnetic travel between various points in Adoulin proper, the frontier bivouacs across the Adoulin frontier, Lower Jeuno, and assorted arbitrary remote points in the Middle Lands; this requires that Kinetic Units be expended.

Finally, the ability to teleport between Home Points that the player had previously visited in exchange for a small amount of gil was added, and Home Points were added in numerous remote Battlefields. This method of transportation overlaps destinations with several of the others.

The one common factor nearly every method of quick travel has is that in order to use it to go somewhere, you first must have traveled to that point using other means. (The exceptions being the Explorer Moogle, and going from Lower Jeuno to Adoulin.)

The player can use the orange Gate Crystals to move to any other Gate Crystal they have visited before. Barheim Passage has a unique Save Crystal; the first time through the crystal is blue, but if the party revisits the area later the Save Crystal has turned into a Gate Crystal. At certain points within the game, the option to use a Gate Crystal will become unavailable. Though the option to save remains, a message will appear stating that "A strong Mist prevents teleportation." This message (and the inability to teleport) seem to be purely to restrict the player's movement, as they are not actually associated with high concentrations of Mist (which are visible to the naked eye and affect gameplay in several ways).

Moogling is a teleportation service in Rabanastre. The service is free and becomes available after escaping the Nalbina Dungeons through Barheim Passage. It is operated by moogles who stand near Moogling posts. Upon speaking to one of these moogles, the player can choose from any of the destinations scattered around Rabanastre and be teleported there.

Boarding the Strahl will bring up the map of the world and a list of destinations the party can fast-travel to. The Strahl becomes available after visiting Balfonheim Port after the events in Giruvegan. The player can board the Strahl at any aerodrome, as well as certain locations on the field. In an aerodrome the player must speak to the woman in the counter marked Private Airships. If the player looks out the window in an aerodrome, they can see the Strahl outside. On the field, there is anchor on the ground where the Strahl can be boarded. These spots are marked on the player's map.

The player can also travel between towns that have aerodromes on Skyferry. There is an option to skip the actual traveling part by choosing the private cabin option. 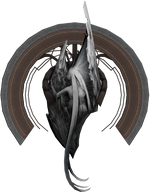 Time Gates serve as a means of transportation between different locations across different time periods. Unlocking Bresha Ruins 5 AF, unlocks an option to return to the Historia Crux from the Pause menu and from there to enter different places across time. The same feat can be achieved by interacting with time gates in the field.

After leaving Luxerion for the first time, Lightning gains access to the Teleport EP ability, which allows her to fast travel to specific locations on the world map.

Starting from Chapter 2, "Foretold by Prophecy", the player can fast-travel to any location in Grymoire that has a Gate linked up to it. Doing so requires using the Main Gate in Nine Wood Hills, and a list of locations is shown and sorted by type: dungeons, regions, and towns. The player cannot fast-travel between other locations in Grymoire, however.

At the beginning of Chapter 21, "Chaos in Grymoire", the player has access to the airship and can fast-travel to any location in Grymoire at any time without having to visit Nine Wood Hills, accessible from the map screen. Fast-traveling to a location using this method sometimes places the player in a spot much further away from its Gate (most notably The Ends of Grymoire).