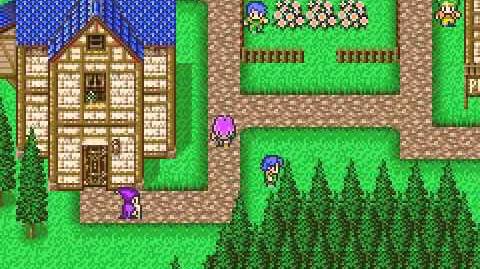 The Faris in Tule glitch is a harmless glitch in Final Fantasy V, which involves Faris Scherwiz leaving the party to go to the pub if the party visits Tule before going to the Wind Shrine.

If the player uses the armor/weapon shop, Faris will be in the party before talking to the merchant, but will appear with the standard "Don't forget about me!" line from the entrance of the shop, and will be removed from the party after the shopping is concluded as normal.

If the player attempts to leave town, the pirates will run past the player, Faris included, only to run back out when one moves to the next tile.