August temple enshrining auracite, stones held sacred above all else on Lemurés. Carven wings soar above the temple, catching the sun and instilling peace and awe on all that make pilgrimage here.

The Fane of Gucuma Qul (グクマ・クル神殿, Gukuma Kuru Shinden?) is a location in Final Fantasy XII: Revenant Wings. It is located on Zephyr, the Windward Isles.

Clan Galbana springs to action to rescue the aegyl Llyud. But they're in for a fight – the sky pirates invading Lemurés have arrived in force. 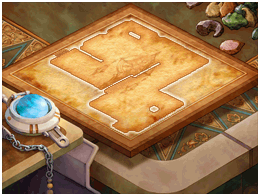 The party learns the sky pirates seek auracite, magick stones used to summon illusory beasts known as Yarhi. Something stalks them as they navigate the shrine’s twisting passages in search of answers. 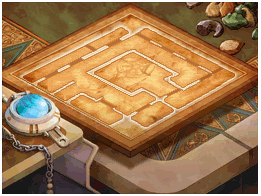 The group presses on with the help of Ba'Gamnan, who is tamed by Tomaj's device. Arriving at the shrine's inner sanctum, they learn the true ambitions of the sky pirates. 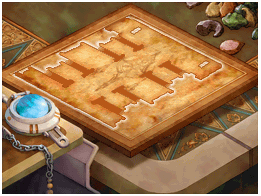 Sky pirates stand at the gates of the sacred sunlit shrine, where some aegyl have taken refuge. The aegyl must be saved before the sky pirates attack!

Monsters bar the way within the shrine. Why do Yarhi run amok in this sanctuary of quiet worship? Whoever is behind this must be made to pay.

The sky pirate behind the chaos at the shrine hides in the Dais of the Auracite. Hunt him down and restore peace to the island.

Fane of Gucuma Qul (3).
Add a photo to this gallery

This section about a location is empty or needs to be expanded. You can help the Final Fantasy Wiki by expanding it.
Final Fantasy XII: Revenant Wings setting
Retrieved from "https://finalfantasy.fandom.com/wiki/Fane_of_Gucuma_Qul?oldid=3243352"
Community content is available under CC-BY-SA unless otherwise noted.