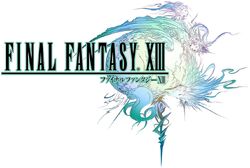 Just like 'Prelude', I was feeling my way around as I wrote this piece since the world of FF was yet to be revealed. I had about four demos and by incorporating ideas from Mr Toriyama (the Director), I made one arrangement to another to form the piece. So I feel that Mr Toriyama and I wrote this together. At the end, we asked Mr. Toshiyuki Omori to turn it into orchestrated piece by adding harp to the intro piano part and also changing the outro sound from synthesizer to strings. He actually said that the synthesizer wasn't bad at all, but it was the first one to be played in the demo version and I insisted on the live instruments.

As the main theme, "The Promise" is heard several times. It has several arrangements and is also included in many tracks. The track itself is heard in-game at the title screen, and is the second track of the original soundtrack's first disc.

A "prototype" version of the theme is included in the Final Fantasy XIII: Original Soundtrack PLUS.

"In the Sky that Night"

Arrangements of "The Promise" include "Serah's Theme", the twenty-second track of the soundtrack's second disc, which is a vocal arrangement performed by Frances Maya used in several cutscenes involving Serah or her crystallized tear: it also replaces Eternal Love in the overseas versions. Another vocal arrangement is "The Sunleth Waterscape", which is the eponymous location's background theme and the sixteenth track of the second disc, and was also performed by Frances Maya.

"The Promise"'s motif is also included in several other tracks, including "Forever Fugitives"; "Glory's Fanfare"; the background theme for the ending cutscene of the game, "Determination". "FINAL FANTASY XIII -Miracles-" includes the motif of "The Promise" at its conclusion, and is the seventeenth track of the soundtrack's fourth disc. The "Ending Credits" are an extended orchestral performance of "The Promise", and is the twenty-second track of the soundtrack's fourth disc.

The lyrics for "Serah's Theme" and "The Sunleth Waterscape" were revised for the English localization of Final Fantasy XIII (even though the original recordings were already in English) because of the opinion of the English-language staff that the lyrics needed to sound more natural to native speakers.[1]

An instrumental version of "The Sunleth Waterscape" has been released on the Final Fantasy XIII: Original Soundtrack PLUS album.

The official lyrics for the Japanese version were released on the Final Fantasy XIII: Original Soundtrack.

Step into the rainbow, find another view
Chase the tender light, borders let's cross over
Ready to define the mists inside your heart?
Take a breath and start your life
Waves of a new day
Clear all the gloom away
Hope is what we simply need to proceed

Step into the rainbow, world you never knew
Chase the arcs of light, soar beyond your sorrows
Dance among the colors, let them be your dreams
Close your eyes and see anew
Dawn of the new day
Clears all our gloom away
This is the hope that we need to go on

The official lyrics for the Japanese version were released on the Final Fantasy XIII: Original Soundtrack.

Make my wish come true, let darkness slip aside
Hiding all our hope, mocking what we treasure
Battles we can win, if we believe our souls
Hang in for the light, till dawn
Fate will not leave you, hate will not heal you
Pray and one day, peace shall flow everywhere

Make my wish come true, let darkness fade to light
Show me there's still hope, show me it's not over
Battles we can win, our struggle lies within
Will we live to greet the dawn?
Love will not leave you, hate will not heal you
Promise me one day that peace shall reign

"The Promise" can be heard in some cutscenes, and the original "Serah's Theme" from Final Fantasy XIII makes several appearances as well due to the now protagonist nature of the character, for example when in New Bodhum, Serah tells Noel Kreiss about how Snow left her and started his search for Lightning, and in the Fate and Freedom paradox ending. "The Promise" was also used in the debut trailer for the game. "Fabula Nova Crystallis" plays during the secret ending of Requiem of the Goddess downloadable content scenario.

"The Archylte Steppe" acts as the background track for the Prologue in the Beginner's Primer and the Paddraean Archaeopolis area of Yaschas Massif 1X AF.

"Sunleth Waterscape" returns as the backing track for Sunleth Waterscape 400 AF and the southern section of 300 AF. The original Japanese version are used in all localizations, and the overseas lyrics are not used at all in the game.

The song itself appears in a story relevant role in the side quest, "Play It for Me". Lumina taught the song to a boy who plays part of it on his horn to attract Lighting's attention. He tells her to find supply spheres contain parts of the song and return them to him and he'll play the full song in exchange. After doing so, Lightning explains the significance of the song and its connection to herself and Snow; it was a favorite of Serah's who would often hum it. The boy promises he'll keep playing the song in case Snow should overhear. Lightning states the title of the song is "Miracles", though it doesn't match the actual song named such, instead matching "The Promise".

"FINAL FANTASY XIII - The Promise" is the first track of the Memories of FFXIII, which is available by default in the music player.

"The Archylte Steppe -original- from FINAL FANTASY XIII" appears as the overworld music for Lightning, and is the fifteenth track of the second disc of the Original Soundtrack.

"The Promise" was also included in the medley of ending themes created for "DISSIDIA 012[duodecim]-ending- from DISSIDIA 012[duodecim] FINAL FANTASY", the twentieth track of the soundtrack's second disc. It is the last theme to play before the themes representing the two Dissidia titles.

"Sunleth Waterscape" is available from a Theatrhythm Final Fantasy event.

"The Promise" plays in several cutscenes involving Lightning and Serah.

"Sunleth Waterscape" plays on the map of Ch. 9: Utopia Niveus.

An arrangement of "The Sunleth Waterscape" plays as a quest medley BGM.

"Sunleth Waterscape" appears again as a playable Field Music Sequence. It is available to the player by default.

As showcased during the Uncovered: Final Fantasy XV event, "Sunleth Waterscape" will be one of the tracks from the series that can be played on the party's car while driving.

A piano arrangement combining "FINAL FANTASY XIII - The Promise" with "Sunleth Waterscape" was included. It is the second track of this album.

"Sunleth Waterscape" was included in this "best of" type vinyl album as the third track of Side A.

"Serah's Theme" was included in this "best of" type vinyl album as the third track of Side A.

An orchestral performance of "Fabula Nova Crystallis" with the lyrics of "Serah's Theme", conducted by Arnie Roth, performed by the Kanagawa Philharmonic Orchestra and Frances Maya is present on the third Distant Worlds album. It was originally performed in Tokyo in November 2010. It is the eight track of the second disc.

Make my wish come true, let darkness slip aside
Hiding all our hope, mocking what we treasure
Battles we can win, if we believe our souls
Hang in for the light 'till dawn
Fate will not leave you, hate will not heal you
Pray, and one day peace shall flow everywhere

Fate will not leave you, hate will not heal you
Pray, and one day peace shall flow everywhere.

A live recording of "The Promise - Blinded By Light" from at the London premiere of the concert of the same name on February 15, 2014, conducted by Arnie Roth, is included on this album.