Sword made by processing trouble knife.

Exploda is a low-ranked thief sword for Zidane that provides 31 Attack, inflicts Trouble with Soul Blade, and teaches the abilities Sacrifice and Lucky Seven skills. It can be synthesized from a Mage Masher and Mythril Dagger at Lindblum, Treno, Black Mage Village, or Alexandria for 1,000 gil, and found in Madain Sari.

Skybandit that leaves a wake of flame.

Detonator is a low-ranked weapon for Filo that, in its base form, provides 30 Attack, 15 Magic Attack, 60 Attack Speed, and is Fire-elemental. It can be bought from Tomaj's Sky Saloon shop (Chapter 4 on) for 830 gil, obtained as a reward from Mission 47: Once Bitten, Twice Shy or forged using Artificer's Handbook.

A balanced weapon crafted with the passion of a master smith.

Volatile Spark is a dual blades set for Noel, which provides 34 Strength and 23 Magic and has Buff Duration as its synthesis ability. It can be bought for 2,000 gil from Episode 3 onwards.

The Exploda is one of Zidane's unlockable weapons, and is based on the weapon's appearance from Final Fantasy IX. It can be obtained either by random chance when redeeming a Treasure token, or by purchasing them from the Shop for 7,200 Gil. Like all other characters' weapons, having it equipped carries no advantages or disadvantages. 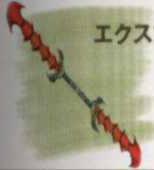 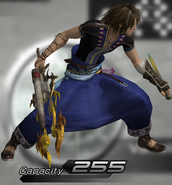 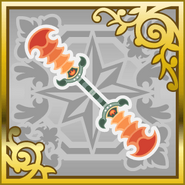 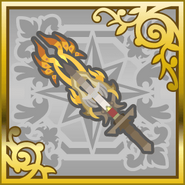 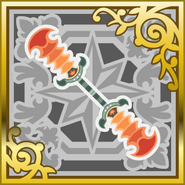 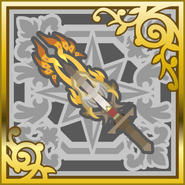