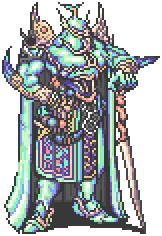 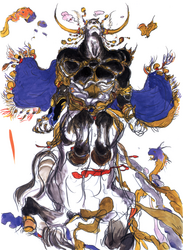 Exdeath emerges in Narshe, and after insulting Shantotto, duels her as well as Firion and Tidus. He is joined by Kefka who emerges from a dimensional portal. They knock Tidus into Pandaemonium, and greet Ultimecia. After Firion and Shantotto arrive, Exdeath witnesses Shantotto and Ultimecia insult each other before engaging in battle. A planesgorger arrives before Shantotto and her allies can escape. Exdeath is outraged with their presence, knowing who is responsible, before nonetheless continuing his duel. He and Kefka launch Firion to the portal, but he ends up saved by Jecht. Exdeath, Ultimecia, and Kefka arrive at Besaid shortly after Jecht, Tidus, and Firion, but they cannot continue their duel due to the planesgorgers' arrival on that world as well. Exdeath vows revenge against the planesgorgers and the cause of them before taking his leave. 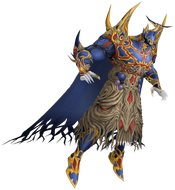 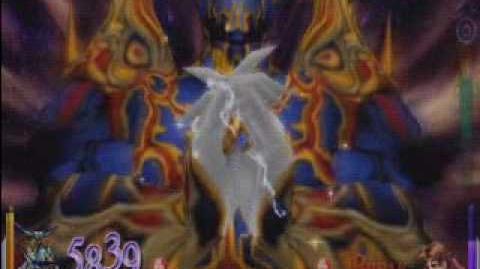 Type: Specialist - Exdeath switches between the following models by pressing 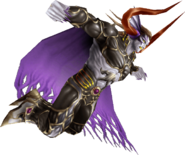 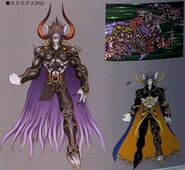 Evil Tree of Sorrow A

Evil Tree of Sorrow B 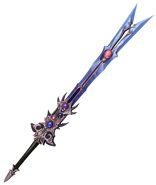 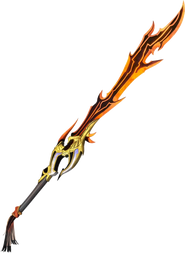 Retrieved from "https://finalfantasy.fandom.com/wiki/Exdeath_(Dissidia_PSP)?oldid=2815009"
Community content is available under CC-BY-SA unless otherwise noted.