I couldn't imagine my life without my brother. No, I just can't... I wish we could just go somewhere quiet and be together...

Eve is a character and summonable vision from Final Fantasy Brave Exvius. He is a cameo character from Square Enix's video game, NieR: Automata.

Eve's appearance is based on his appearance in NieR: Automata. He has short, white hair. He is shirtless and wears black pants with black shoes. In his later evolutions, an aura rises up from beneath Eve that emanates brown orbs circulating about him.

When using his limit burst, Eve's body turns black all over while being entirely enveloped in a red aura.

Eve is an unstable young man who cares only to destroy the world and everyone in it. However, he is still beholden to his brother and depends on him fervently, to an extent that it has become a complex of sorts. Eve also has the tendency to express his needs and wants in a childish fashion. Although he shows insecurity about his name, he is very appreciative of the fact that his brother chose it for him.

4★ - No. 8065: A machine lifeform shrouded in mystery from a faraway world. He appeared from the body of Adam who had been injured by the android units of YoRHa. Though he looks very similarly to Adam, despite this personality-wise he is very childlike and selfish. On the other hand, he is quick to give in to Adam, and even when it comes to taking part in meals and readings in which he has no interest, he obediently follows whatever his brother commands.
5★ - No. 8066: A machine lifeform shrouded in mystery from a faraway world. Just like his brother Adam, unlike other machine lifeforms, he has the body and intelligence of a human. However despite this, he still acts fairly childish, often being rebuked by his brother Adam. Though he has absolutely no idea why his brother Adam is so interested in the relations of humans, he is ultimately loyal and follows every command his brother hands down.
6★ - No. 8067: A machine lifeform shrouded in mystery from a faraway world. He has no interests other than being loyal to his brother Adam, and unable to understand how obsessed he is with the human concept of "life." However, he does understand Adam's feelings toward the YoRHa androids, also choosing to fight against them. The power hidden within him reaches a whole new height when his feelings for his brother Adam and his hatred for the androids combine.
Entries for different versions of Eve.

Eve's stats at his highest levels are as follows (with no passive abilities taken into account), along with the maximum amount of stat points that can be increased through pot-enhancements: 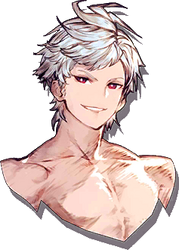 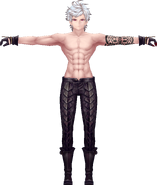 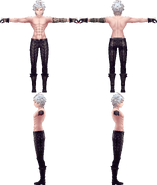 EVERYTHING MUST DIE! limit burst. 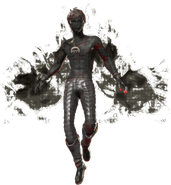 Still of Adam and Eve in NieR: Automata.

Eve is a figure in the Book of Genesis in the Hebrew Bible. According to the creation myth of the Abrahamic religions, she was the first woman.