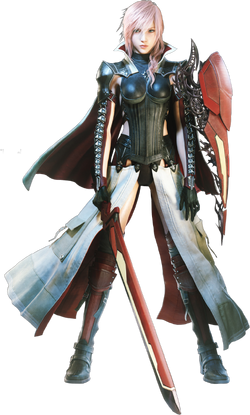 A balanced garb for the savior who stands on the border between man and God.

Equilibrium (アンビバレンス, Anbibarensu?, lit. Ambivalence) is a recurring job class in the Final Fantasy series. It first appears in Lightning Returns: Final Fantasy XIII where it is worn by Lightning, who receives it from the god Bhunivelze after her awakening.

Lightning dons a black chestpiece with a high collar with a bare back strapped on belts. From the lower parts of the chestpiece there are two symmetrical white capes with pockets. At the top sides of the chestpiece there are silver pauldrons, and the upper part of her arms are covered with red straps adorned with silver pieces. From the pauldrons hang two symmetrical white capes. The inside color of the capes on both, upper and lower, pauldrons is red. Lightning wears red and black boots that reach the half of a thigh, and black gloves.

The Equilibrium is the default garb for Lightning that she receives from Bhunivelze after he makes her the savior. It allows her to start battles with a full ATB gauge. The Equilibrium comes with a locked Attack Lv. 1. At the start of the thirteenth day, a chest appears in the Ark where an upgraded form of Equilibrium, known as Equilibrium+, can be acquired replacing her default Equilibrium version.

Equilibrium is one of Lightning's attires and her main attire in the story cut scenes.

Lightning has a second variation, called Lighting #2, that acts as the main representative of Lightning Returns: Final Fantasy XIII, in which she wears her Equilibrium outfit, and can be available from the start by transferring save data from the second demo. However, if the player did not select either among their party of four, or download the demo, she can later be unlocked by collecting Green Crystal Shards. Lighting #2 is Balance-oriented and her Limit, Army of One, deals damage based on her Strength, Agility, and Stamina.

Lightning dons her Equilibrium garb in her several Ability and Legend abilities that originate from Lightning Returns: Final Fantasy XIII.

Lightning appears in her Equilibrium garb on a SR+ card.

Equilibrium appears as a Wardrobe Record for Lightning. It is merely an aesthetic change and does not provide any special effects.

The armor piece based on Equilibrium called Equilibrium (XIII) also appears, however it is only a 3★ light armor.

Lightning dons the Equilibrium garb in one of the cards from the first generation of the card game.

Lightning dons the Equilibrium card in her SR rarity card. 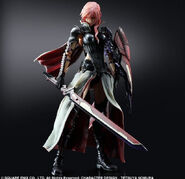 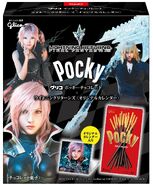 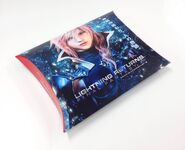 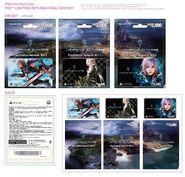 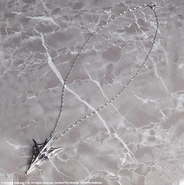 Pendant designed after the symbol from Equilibrium. 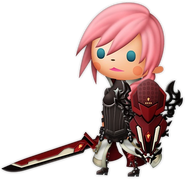 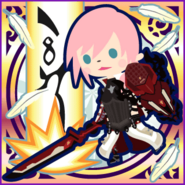 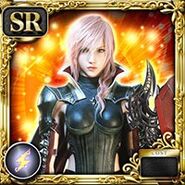 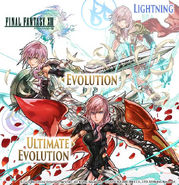 [view · edit · purge]Equilibrium is the condition of a system in which competing influences are balanced, resulting in no net change.

In the Japan, this garb is known as "Ambivalence". [view · edit · purge]Ambivalence is the coexistence of opposing attitudes or feelings (such as love and hate) towards a person, object, or idea.