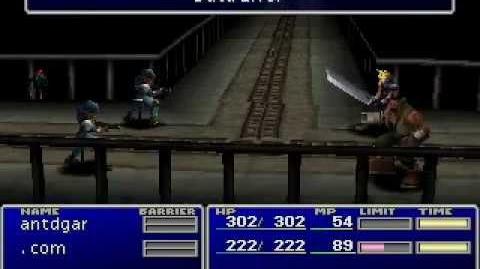 The Emerald Weapon countdown glitch is a potentially beneficial (but normally hazardous) glitch in Final Fantasy VII triggered by the defeat of Emerald Weapon timed so that the Battle Results screen opens exactly when the underwater countdown reaches zero, causing a Game Over. This is most likely to happen if Emerald Weapon turns red with eight seconds remaining.

The game may crash, but if timed correctly, the player can bring up the New Game/Load screen, and can proceed from there. Attempting to create a new or load a saved game before hard resetting will result in the characters' stats being damaged, and the game will repeatedly throw Data Errors, among other errors.

The party's abnormally high stats can be kept even after resetting if the player manages to make it to a save point, save, and hard reset the console.