I wasn't blind! I saw the faith that Reddas had in them. I'm sure they'll discover what it is they need to do in short time.

Elza has long sandy-brown hair held back with a red headband with white patterns and a large red flower and gold beads. In Final Fantasy XII, she wears a red long-sleeved jacket with white cuffs and gold patterns on shoulders, fastened with a butterfly button, leaving the top open to reveal her coral pink bikini top. The collar is white with a black strip, and it is open in the back with tan ties and another butterfly button fastening it at the bottom. She wears brown hot pants with a pink bikini thong over them and knee-high brown high-heeled boots with a leg guard on her left leg held in place with two brown belts on her thigh.

In Final Fantasy XII: Revenant Wings, Elza's jacket becomes more pirate-like with a large white open collar and is longer. It has orange patterns on the shoulders and wrists with large white cuffs and blue band underneath. It is fastened with a blue and yellow butterfly button. She wears a pink bikini top and has long blue fingernails. She wears black hot pants and black high-heeled shoes. On her right leg she wears red ties that go up to her knee, and on the left wears black ties with one thigh-high red sock and two brown belts. She wears a red bandana with a large pink flower and gold beads in her hair and gold hoop earrings.

A member of Reddas's crew, along with Rikken and Raz, she is loyal to her leader, more so than the other two. She considers herself one of the fastest people in Ivalice.

The party meets Elza at Balfonheim after talking to Reddas. She is found with Rikken and Raz outside Reddas's manor. Questioning whether the party has Reddas's best interests at heart, she wonders if they should be helping them. Rikken silences her by asking if she had complained to Reddas.

When the party returns from the Pharos, Elza is not surprised by Reddas's death, knowing that her master had been searching for a place to die all along. When the other two start mourning, she tells them they should not regret Reddas's passing since that would worry Reddas, and he should rest in peace.

The party runs into Elza accompanying Rikken and Daz, who challenge the party to a battle to see who is stronger.

This section about a character in Final Fantasy XII: Revenant Wings is empty or needs to be expanded. You can help the Final Fantasy Wiki by expanding it.
Spoilers end here.

The party can challenge Rikken, Elza, and Raz to a footrace minigame through the streets of Balfonheim anytime after meeting them. Elza is not a threat on her own, but becomes more difficult to surpass after progressing through the races.

Elza is fought alongside Rikken and six Pirates in Stage 86 of the Trial Mode in the Zodiac versions. It is considered one of the harder stages in the gauntlet.

Elza is fought alongside Rikken and Raz on several islands of Lemurés. 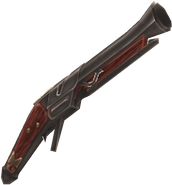 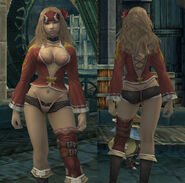 [view · edit · purge]Elza is a given name for girls, originally from Hebrew language meaning "joyful". It also is a shortened variant of "Elizabeth".