Electrocute (電撃, Dengeki? or 帯電, Taiden?), also known as Electric Shock, Blitz, Spark, and Electro, is a recurring ability in the series. Often used by enemies, it tends to inflicts Lightning-elemental damage to all targets.

Electric Shock (originally called Electrocute) is an enemy ability that inflicts minor Lightning-elemental damage to the party. It is used by Gilgamesh, Gorgimera, Guardian, Ramuh, and Octokraken. The player may utilize this ability by catching and releasing a Defeater.

Electrocute is a powerful Lightning-elemental spell that summons several lightning bolts to strike around Zack. It is one of the most powerful spells and costs 72 MP to cast. It is cast from the Electrocute materia, which is a reward for Mission 3-4-1, and Mission 8-6-3, can be stolen from Garuda, and found in Mission 2-3-6, Mission 4-5-5, Mission 6-6-5, Mission 7-6-3, Mission 9-4-6, and Mission 9-5-6.

Electrocute is a Blue Magic spell that can be taught to Quistis by using a Coral Fragment on her in the menu (Coral Fragments are obtained from Creeps and from Creeps cards). It is a Lightning-elemental attack that damages all enemies.

Electrocute is an enemy ability used by Torama and Zaghnol. It allows the user to use either Blaster (for Torama) or Thundara (for Zaghnol).

Electrocute is an enemy ability used by Mech Leader, which inflicts moderate Lightning-elemental damage to the party.

Electrocute is a very powerful Lightning-based enemy ability used by Immortal. It summons lightning bolts to strike party members near the Centaurion Blade.

Electrocute is an enemy ability used by Immortal. It deals heavy Lightning damage to party members near the Centaurion Blade.

Spark is used by Ooze and Dark King. It does minor Thunder-elemental damage and lowers the user's magic power. It has an attack power of 18.

Electro is an ability that has 10 uses and it lowers the enemy group's Agl. This ability is used by Elec Eel and Leviathn.

Blitz is a ability that has 15 uses, it also increases a Robot's HP by 9. It lower the Agl by 10 to one group of enemies. This ability can be used by Dolphin, Gunfish, Leviathn, MechBug, and Ridean.

Electrocute is a new ability that can only be learned by Gilgamesh. It costs 30 CP to equip and 120 AP to master. It only strikes once, but is effective at any height.

Electrocute is Quistis's default Soul Break. It deals Lightning-elemental damage to all enemies. 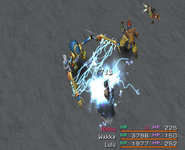 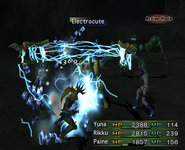 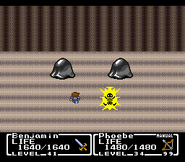 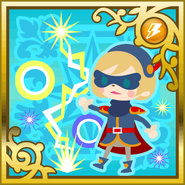 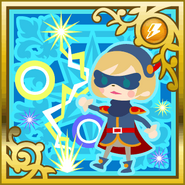 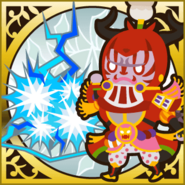 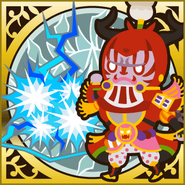 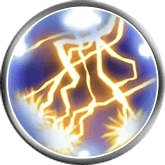 [view · edit · purge]Electrocute means to injure or kill (someone) by electric shock.