Cid Pollendina: Oh, shut up and help me remodel the Eidolon (Final Fantasy IV) page!
Please expand this article into a full one. The following tasks need to be completed:

The queen of the Eidolons told me this: The wheels of a fate greater than us all are turning now. She told me we must stand against it... and we must stand together.

Eidolons, known previous to the Nintendo DS remake as summoned monsters or Phantom Beasts, are the summons of Final Fantasy IV, Final Fantasy IV -Interlude-, and Final Fantasy IV: The After Years. Eidolons are clearly differentiated from other monsters; they are intelligent, can speak the human language, and refer to the monsters Cecil and his companions fight as their cousins. They build shops, manufacture and sell items to the rare traveler that finds their world, write books, and so forth.

Eidolons can be summoned by Rydia using the Summon ability.

Because of their isolation, Eidolons are naturally wary of humans who are not Summoners. The bond between an Eidolon and their Summoner is unique. The Summoner must first defeat an Eidolon in battle, then they can use them as a summon. If the Summoner's Eidolon is killed, the Summoner dies as well.

The Eidolons live in the Feymarch, a plane usually inaccessible to humans, although a portal to this world exists in the Underworld and Leviathan is able to travel to and from the surface world by undisclosed means. In Feymarch time flows faster than normal, and a few weeks or months in the human world can be years in the Feymarch. According to the books in the library in this world, Leviathan and his queen, Asura, are the rulers of the world, but Bahamut is their god and the ruler of all monsters. Bahamut lives on the Red Moon.

Young Eidolons are called Whytkins, and take the form of Rydia's Eidolon Whyt. In this form, they can grow to take on the forms seen in the other Eidolons. Whyt and his parents stay Whytkins so that new Eidolon children can be born. Though Whytkin have no abilities of their own, they have hidden potential that allows their power to be greatly increased. Not all Eidolons grow up from Whytkin, however - at least one, Odin, is born from a deceased Dark Knight instead through undisclosed means.

Eidolons in Final Fantasy IV seem to take on humanoid forms. Leviathan introduces himself as merely "some old man" until the party defeats Asura. In the Lair of the Father, Bahamut appears as a robed man wearing a head ornament. His two guards also take the form of children.

The Kingdom of Baron, fearing the power of the Eidolons, sends Cecil Harvey and Kain Highwind to the village of Mist to deliver a package, a Carnelian Signet. The Mist Cave connecting Baron and Mist is guarded by one of the summoners, who has conjured a Mist Dragon. Cecil and Kain slay the dragon to pass, unaware that this act also kills the summoner. At Mist, the Carnelian Signet releases bomb monsters that burn the village down. Cecil and Kain attempt to take Rydia, the daughter of the summoner they killed, to safety, but in her rage for them she summons the Eidolon Titan, who causes an earthquake separating the trio. Many the women and children of Mist aside from Rydia are killed in the incident, along with many of the village's prominent summoners. While Rydia is the only prominent summoner to appear in the series, the bloodline of summoners remains in the villagers, though weak.

Some time later, as Cecil and his allies including Rydia set sail to Baron from Fabul, Leviathan attacks the ship to claim Rydia, swallowing her and taking her to the Feymarch to protect her and to teach her to hone her skills as a Summoner. Due to the time shift between dimensions, Rydia grows from a child into a young woman in the Feymarch, eventually returning to aid Cecil and his allies with her increased powers. In the ending, Rydia chooses to live with the Eidolons in the Feymarch.

The player has the option after Rydia rejoins the party to recruit additional Eidolons for her to summon. At the Feymarch the party can challenge Asura and Leviathan to have them grant Rydia their power. After this, Bahamut on the Red Moon and Odin in Baron Castle can be challenged. Assorted monsters may drop items that teach Rydia how to summon them as Eidolons.

Rydia leaves the Feymarch and the Eidolons to visit Damcyan. In the underground, Cecil and his allies explore the Sealed Cave and apparently find Rydia in the Crystal Chamber, who tells them she is being called by the Tower of Babil. At the Tower the party defeats a quartet of elemental monsters which grant her the power to summon Ifrit, Shiva, Titan and Ramuh, before she abandons the party. At the top of the tower the party discovers Rydia is an impostor, and she summons the four Eidolons against them. With the four dispatched the Rydia impostor summons Bahamut, but the real Rydia arrives and returns Bahamut to his senses, causing him to vanish and allowing the party to defeat the impostor.

A flashback at the start of Rydia's Tale reveals that she now lives in Mist, Asura rejecting her from the Feymarch due to her belief Rydia belongs in the human world, though many of the other Eidolons miss her.

Prior to the start of the game, several Maenads visit the Feymarch and petrify the Eidolons, preventing Rydia from summoning them and corrupting their minds so they serve the Maenads. Other Maenads visit the Red Moon and inflict the same ailment on Bahamut.

The Maenads use the Eidolons to terrorize the world in their campaign for the Crystals. Titan attacks Agart, Ifrit attacks Eblan, Shiva attacks Troia, and Ramuh attacks Mysidia. Asura and Leviathan are used by the Maenads on the Red Moon, while Bahamut and Odin are put under the control of the Maenads at Baron Castle. The only Eidolon to not be affected, aside from the Eidolons obtained as monster drops, is the Mist Dragon, who is protected by the combined energy of Mist's villagers and the spirit of Rydia's mother, who summon the Dragon to protect the village.

During the final chapter "The Crystals", the party travels the world freeing the kingdoms from the Eidolons, depending on the player's actions either killing them or allowing Rydia to bring them to their senses and rejoin her. At Baron, a Maenad summons Odin against Cecil's other allies, but Odin recognizes them as citizens of Baron and refuses to harm them, turning on Cecil and knocking him from the Maenad's control. Rydia and the other party members arrive, reclaiming Odin and defeating the Maenad.

On the True Moon, Asura and Leviathan are deployed to guard an energy barrier preventing passage further into the dungeon. Depending on the player's actions, they are either killed or Rydia awakens them. Later, a Maenad summons Bahamut against the party. If Asura and Leviathan are freed, they assist Rydia in bringing Bahamut to his senses, otherwise, he must be killed. In the ending, Asura and Leviathan visit Rydia at Mist, they and the other Eidolons restored to their normal selves.

Some of the Eidolons appear in Pictlogica Final Fantasy. 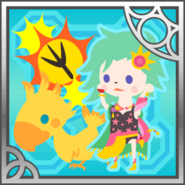 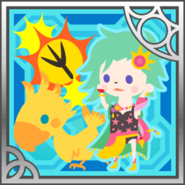 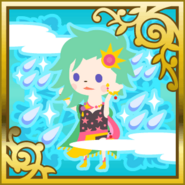 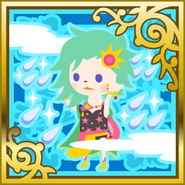 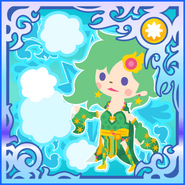 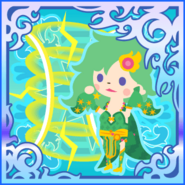 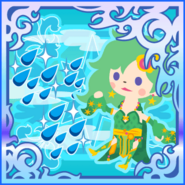 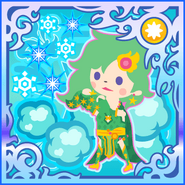 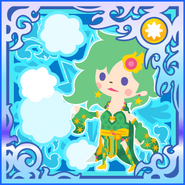 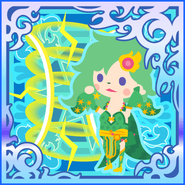 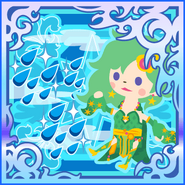 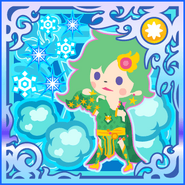 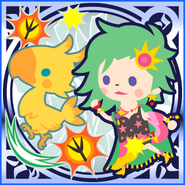 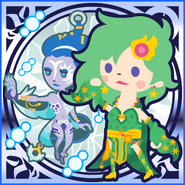 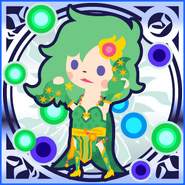 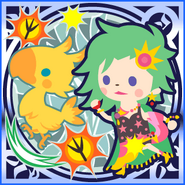 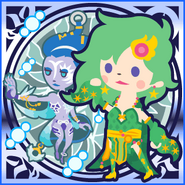 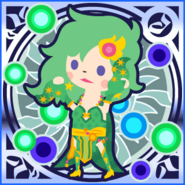 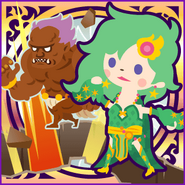 Some Eidolons have cards in the Japanese Final Fantasy trading card game.

[view · edit · purge]Eidolon means "unsubstantial image", "reflection", or "phantom" in Greek. It can also mean "idol" and is the source of the Latin word "Idolum".

Every other Final Fantasy had given them a name–Espers, Eidolons, Guardian Forces–but Final Fantasy IV simply called them 'summons,' or 'summoned monsters'. 'Esper' had just been revived for XII and 'Eidolon' hadn't seen any love outside of IX, so I brought it back for IV and then for XIII as well.