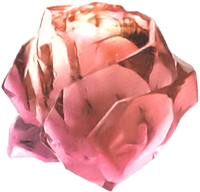 Eidolons are beasts that dwell in Valhalla. L'Cie chosen by Etro are pitted against Eidolons in a trial by combat. Those who emerge triumphant receive a crystal called 'eidolith,' which they may use to summon the beast to fight at their side.

Lightning and her new allies of circumstance are chosen by the fal'Cie Anima and branded by the god Pulse as l'Cie. The party descends into an alternate realm where a dark figure (

identified as the god Pulse) emerges out of a crystal and strikes the party somewhere on their bodies; where "touched" by the god, the l'Cie have the brand of l'Cie, but furthermore, this act appears to grant the l'Cie their eidoliths. This allows them to use magic and learn new abilities via the Crystarium, whose grid extends out of the eidolith, making them far more powerful than regular humans. Whenever the l'Cie cast magic, they channel it from the eidolith in their body.

The eidoliths are not obtained as key items in the inventory before the l'Cie has tamed their Eidolon. The item descriptions describe eidoliths as crystals that house the souls of the l'Cie's respective Eidolons. It appears that even though the l'Cie possess their crystals ever since having become l'Cie, they are not "aware" of their exact existence before having summoned their Eidolon for the first time. Progressing on their quest the party's Crystaria grow, which also affects their Eidolons' strength.

During times of conflict the goddess sends Eidolons to the l'Cie's aid and the l'Cie summon their Eidolons by manifesting the image of their eidolith and shattering it. For example, after the party's airship is destroyed and they are sent falling through the air toward Gran Pulse, Fang manifests her eidolith and throws it in the air; when Lightning shoots it with her weapon, Bahamut is summoned.

The notable eidolith is that of Caius Ballad, which he keeps in his sword,[1] as opposed to it being implanted into his body. Caius used to be a l'Cie whom goddess Etro saved, and can perform incarnate summoning to transform into Chaos Bahamut.

Eidoliths are individual to the summoner rather than the Eidolon, as Lightning summons both Odin and Bahamut with her rose-shaped eidolith.

The party's eidoliths also appear as adornments for recruitable monsters.

The party's eidoliths appear as adornments gained from quests.

Lightning's eidolith appeared to her after Odin was defeated during the Final Fantasy XIII collaboration event. 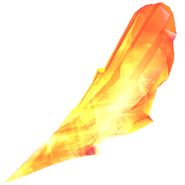 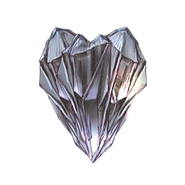 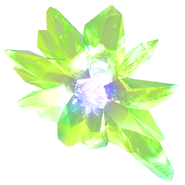 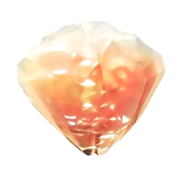 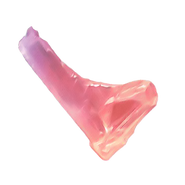 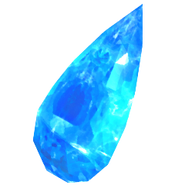 Serah's crystal tear (never referred to as eidolith, but often appearing alongside the eidoliths in trophy icons etc.).