Tomatika
The Earth Mage is a earth-elemental Eidolon from Final Fantasy Dimensions II. It is an optional summon that can be purchased as a signet for Jornee in the Babil Tower exchange shop for 3,000 Babil points at the start of Chapter 6-1 of the Crystal of Time arc.

The Earth Mage is a decent signet if it is obtained at the moment it becomes available, boosting Jornee's attack, magic, and MP stats, however it has below average MP and speed. It teaches Jornee her strongest earth-elemental spell, Quake. Its unlockable passive to boost Jornee's earth-elemental damage output by 16% helps in increasing Quake's damage.

In the original free-to-play versions of the game there were two variations of the Earth Mage's signet, a weaker variant that taught Stone Breath abilities and a stronger variant that taught Quake abilities. The former could only be obtained through Babil Tower and the latter could only be obtained through the summon drawing shop. The Earth Mage was an SS+ rank summon and could be equipped by any party member.

Like the other mage summons, the Earth Mage is based on the recurring Black Mage job of the series, wearing a pointed hat and the traditional robes and leg-wear associated with the job. The official description describes him as an ancient young Black Mage with the power to manipulate the earth.

The artwork for his default stone is based on the traditional Black Mage color scheme, doning a blue robe and a yellow pointed hat. His final artwork is based on Vivi Ornitier's artwork by Yoshitaka Amano.

The Earth Mage's summon attack is Earth Force, which deals heavy earth-elemental damage to all enemies and reduces the damage taken by all party members for three turns. Summoning the Earth Mage costs 3 bars from the Summon Gauge.

The following are the abilities Jornee can learn from the Earth Mage: 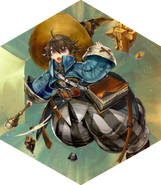 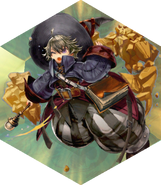 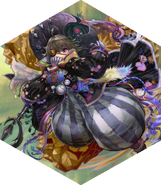 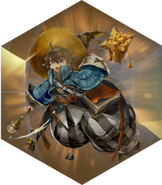 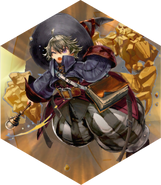