When using Duel, groups of button sequences appear on the screen and the player must attempt to input as many as possible in the allotted time. The time given depends on the Crisis Level and varies between 4 and 12 seconds.

Zell has four finishing moves that can be input after a set combination of normal moves are used. Extra moves and finishers are learned by reading the Combat King magazines found in various places. The abilities can be used before being unlocked, but they will not appear as an option. Several of the moves are reminiscent of Tifa's Limit moves in Final Fantasy VII, such as Dolphin Blow, Punch Rush, Meteor Strike and My Final Heaven. Executing a finishing move ends the Duel: these are thus best saved as the final input command before the time expires.

Each attack, particularly the finishing moves, can deal heavy damage and are not stunted by elemental resistance as they are pure physical attacks. All moves register as one hit, and none can exceed the damage limit of 9,999, including finishers. Every hit has a chance to critical, but the target's Protect status halves the damage.

The amount of time Zell has in his Duel depends on his Crisis Level:

For a finishing move to appear in the list of button sequences, one must complete a series of normal moves. Below is a list of prerequisite moves needed for the finishing moves (shown in bold) to appear.

The most effective way to use Zell's Duel is to do a technique dubbed "Armageddon Fist" by fans, whereupon the player constantly inputs two of Zell's moves in rapid succession (Punch Rush ↔ Booya or Booya ↔ Heel Drop). It only takes fractions of seconds to input each command, and, with the proper stats, each move does around 5000 HP damage, critical hits reaching the 9,999 damage cap. With great concentration, the player should be able to input these commands at or around 0.10 seconds (on the game timer).

With Duel lasting a minimum of four seconds and a maximum of twelve seconds, the damage potential surpasses any other attack or combo. If, during a twelve-second round, the player were to input every command at or around 0.10 seconds, and Zell were to average a critical hit once every 5 attacks, under ideal conditions (Zell's Strength at 255 and the enemy's Defense at 0 from Vit 0) this strategy could yield roughly 720,000 points of damage, enough to kill any enemy save for Omega Weapon in one round. With enough luck to land critical hits more frequently, even Omega Weapon can be killed in one round by this strategy.

Being hard to pull off and dependent on Vit 0 makes it less effective during normal encounters and in the early stages of the game. Punch Rush, Booya, and Heel Drop are weak and do less than half the damage of a Renzokuken hit and roughly 1/10 the damage of Renzokuken's Lion Heart finisher if damage cap is not an issue. The player will find that, under most conditions, even with Vit 0, this will usually be weaker than Lion Heart but stronger than Renzokuken due to Lion Heart's randomness.

Zell's Limit Break command is called Fight and does not involve player input. It only includes Meteor Barret, although the animation is slightly different than in the final game. In the demo the chance to use Limit Breaks sometimes appears even when Zell is not on low health, although the chance is small. 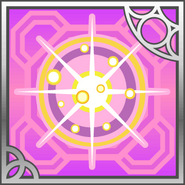 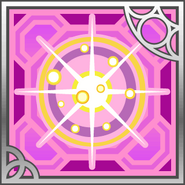 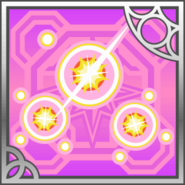 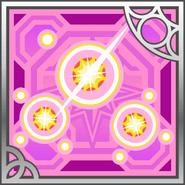 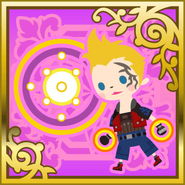 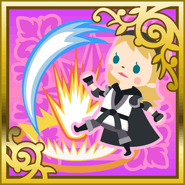 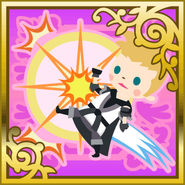 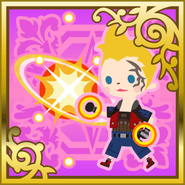 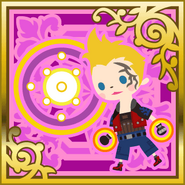 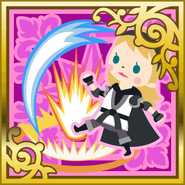 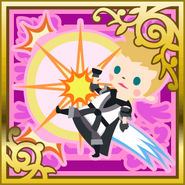 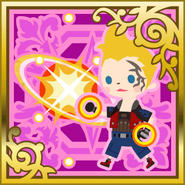 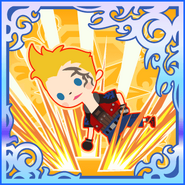 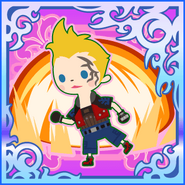 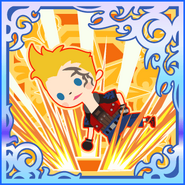 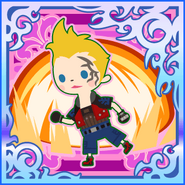 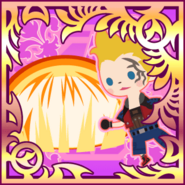 My Final Heaven (UR). 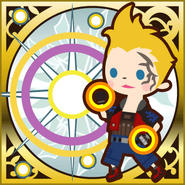 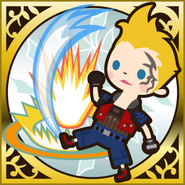 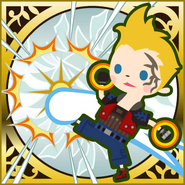 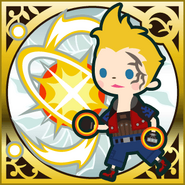 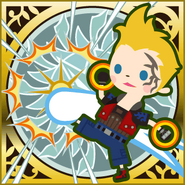 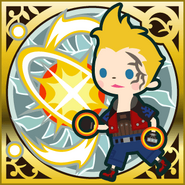 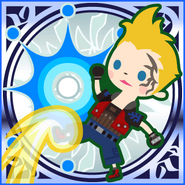 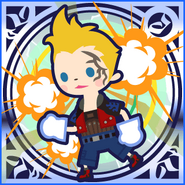 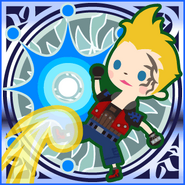 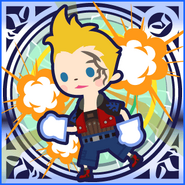 My Final Heaven (UR).

This gallery is incomplete and requires Booya, Heel Drop and Mach Kick added. You can help the Final Fantasy Wiki by uploading images.