Dryad is an earth-elemental Eidolon from Final Fantasy Dimensions II. She can be obtained as a summon for Aemo by defeating the Tonberry and Tonberries on the tenth floor of Babil Tower.

If obtained the moment the signet becomes available during the start of Chapter 3 of the "Crystal of Time" arc, Dryad will provide Aemo with a boost for her max HP and an equal increase for both her attack and magic stats. Her signet’s Fight Song abilities function as a group-wide Quick ability, making it invaluable during challenging boss encounters. In addition, Dryad’s summon attack can be useful to deal damage to all enemies, and provide support to the party with its invincibility effect.

Its passive ability allows Aemo to negate delaying effects from enemy skills. However, while the passive has some usage in certain encounters, it unfortunately comes with the negative side effect of having to deal with the signet’s lower stat values. Due to the aforementioned reasons, Dryad’s signet is easily outclassed by Aemo’s later game signets, especially during the "Eureka" arc.

Unlike previous appearances, Dryad is depicted as a young woman with long blonde hair. The original free-to-play version describes her as a tree fairy (木の妖精, Moku no Yōsei?). Her outfit consists of a hair decoration, cloak-covered tunic exposing her midriff area, ribbon-adorned parachute shorts, a pair of stockings, and high-heeled shoes. Lastly, she wields a small wand in her right hand that changes with each artwork.

Dryad’s summon attack is Autumn Leaves, which deals earth-elemental damage to all enemies and grants a stack of invincibility to all allies. Summoning Dryad costs 3 bars from the Summon Gauge.

In the original free-to-play versions, Dryad was released during the game's time as Final Fantasy Legends: Toki no Suishō. Dryad's signet could only be obtained from the game's summon draw shop. Her signet taught the same player abilities as in the premium release and could be equipped by all party members. 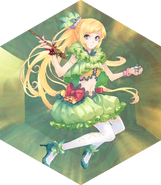 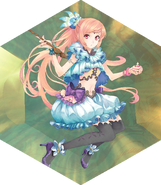 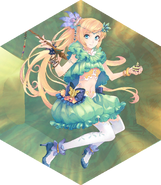 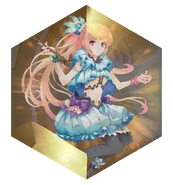 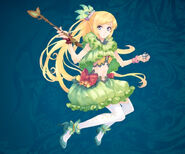 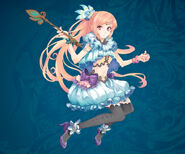 [view · edit · purge]A dryad is a tree nymph, that is a female spirit of a tree, in Greek mythology. In Greek drys signifies "oak". Thus, dryads are specifically the nymphs of oak trees, though the term has come to be used for all tree nymphs in general.