Draw point is a gameplay element in Final Fantasy VIII where players can draw magic spells to be cast using the Magic command or junctioned to a player character's stats.

Development-wise, Square designed the draw points as a replacement for treasure chests, which are mainly absent in Final Fantasy VIII.[1]

Draw points are scattered throughout the field map, while others are found on the overworld map. Draw points can be recognized by two or three glowing purple-pink lines rising from the ground in a swirl pattern. Most draw points refill over time, but there are a few draw points that do not (recognizable by the pale blue swirl lines appearing once the magic has been drawn, as opposed to the white swirl lines denoting refillable draw points).

Each draw point has 4 possible states. Each is recorded in 2 bits in the game data, and there are 64 bytes reserved for this. Draw points start off at state 0 and move to state 2 or 3 when drawn from.

The draw amount is given by the following formulas:

DrawMod is 6 if the draw point is rich and 2 if not. This gives the following ranges:

Draw points' refill-speed is determined by the number of steps the player takes, recorded in the game data (other features dictated by the number of steps taken are Rinoa's Angelo skills and the SeeD salary payment frequency). There is a hidden counter in the game data that resets every 10,240 steps. When reset, the draw points are checked and have a 50% chance of being partially restocked.

Some draw points are hidden and only revealed when the player junctions the support ability Move-Find. All draw points are free to draw from, with the exception of an Ultima draw point inside Shumi Village in the area beside the elevator. This draw point is guarded by three Shumi and costs 5,000 gil to access. This is the only place, excluding the world map, to have a refillable draw point that contains Ultima.

World map draw points are invisible and give at maximum five spells, which is fewer than field draw points. World map draw points can usually be found in any "unusual" area, such as tips of peninsulas, opening of railway tunnels, on railway bridges, on beaches and near landmarks, such as behind towns. Draw points occupy one or more triangles of ground.

Due to many draw points being found in corners of geography, the location given in the menu may be misleading. For example, the Quake draw point (#42) is on Winter Island and not the Sorbald Snowfield, yet it uses the former's name in the menu.

Pressing the Switch POV button (L2 on PlayStation) locks in the camera angle when piloting a vehicle, which can make it easier to find draw points from the below screenshots by matching up the game's camera angles to those indicated on the globe maps. 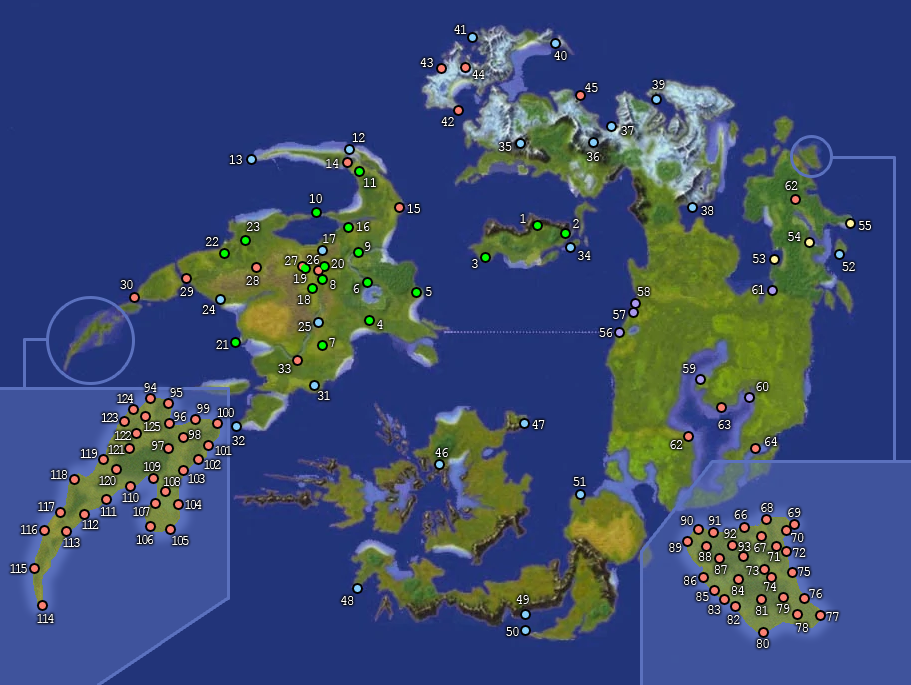 Most field draw points are visible and refill. The invisible ones can be revealed with the Move-Find ability. Even if most draw points are refillable, some exist in unrevisitable locations, meaning the player would have to run around in circles for a long time to be able to draw from them more than once.