Draw Fire (ひきつける? or ひきつけ, Hikitsukeru?), also known as Draw Attacks, Bait, and Snarl, is a recurring ability in the series. Similar to Provoke, it draws enemy attacks towards the user.

Draw Fire is the Viking's unique command in the Pixel Remaster version, provoking all enemy physical attacks to attack the user. When equipped with two shields, the Viking can greatly reduce physical damage when using the ability from the back row.

Draw Attacks is an Augment automatically obtained from Giott at the Dwarven Castle after defeating Golbez. It forces all enemies to attack the user once the ability has been activated, and works well in tangent with the Counter augment.

Snarl is a Pet command gained at Beastmaster level 45. It is usable every 30 seconds, but may only be used with pets called up with the Call Beast command. It works by transferring nearly all of the enmity that all enemies have towards the Beastmaster and transferring it to the pet (exact enmity figures uncertain). In situations where the Beastmaster has accrued no enmity, such as having just been Aggroed, or where all the enmity has decayed with time and damage taken, there is no enmity to transfer and the ability does nothing.

Draw Attacks is an ability of the Dark Knight class, learned at job level 9. It draws all single-target enemy attacks toward the user at the cost of using up one ability slot to equip it.

Increase the Defense of the user and divert all single target physical attacks to them.

Draw Fire is a 3-star rarity Knight ability that was introduced in the reissue of the Challenge Event Light Against the Darkness and granted as a prize during To the Holy Land. It draws all single target physical attacks towards the user, and increases their Defense for the duration. This can be combined with the Samurai ability Retaliate in order to prevent the party from taking any damage from single target physicals. 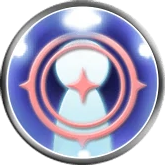