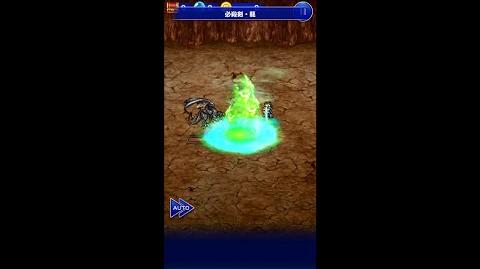 Manipulates the flow of ki energy to draw HP and MP from a single enemy.

Dragon (龍, Ryū?, lit. Dragon), also known as Empowerer and Bushido Dragon, is a recurring ability in the series. It is an ability used by Cyan Garamonde, which acts as a Lancet type ability, dealing non-elemental damage to one enemy and draining HP and MP from it.

Dragon is the level 5 Bushido ability, learned at level 24. It absorbs HP and MP from one enemy, with a spell power of 49 for HP damage and a spell power of 12 for MP damage. If used against Undead enemies, it will heal them instead of damaging them.

Sprite of the dragon in Final Fantasy VI. 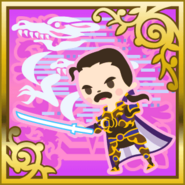 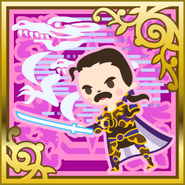 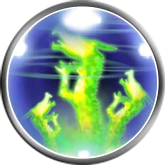