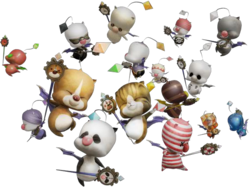 Downloadable content (ダウンロードコンテンツ, Daunrōdo Kontentsu?), often shortened to DLC, and also called add-on in the PlayStation Network, is a part of the game where a player can download additional content, very often for a price. Typically distributed through the Internet, the practice of offering downloadable content became prevalent with the proliferation of Internet-enabled, sixth- and seventh-generation video game consoles and mobile devices.

Types of downloadable content range from simple in-game outfits that change the appearance of playable characters, to expansions to the game's storyline. Downloadable content may thus include new game levels, minigames, music, equipment and characters to an already released game. Downloadable content is often used as a pre-order bonus and as a general device to market a game, such as how Final Fantasy IV: The Complete Collection was released with DLC codes for new outfits for Cecil in Dissidia 012 Final Fantasy in some regions where the game was released.

Depending on the region, the method of getting downloadable content may vary. Some downloadable content is released for free as a way to market the game's optional content, as publishers will hope that customers who log on to unlock their free content will end up making additional purchases as well. Examples of this practice can be seen with Square Enix and downloadable outfits, some of which are available for free. Sometimes a specific code is required to get DLC. These codes can be packaged with pre-orders or certain editions of a game.

For example, in certain regions, Final Fantasy XIII-2 pre-orders came packaged with codes for an exclusive weapon for the character Noel Kreiss, depending on which retailer the game was ordered from. Sometimes, codes can come packaged with promotional items for the game. For example, the April edition of the Japanese magazine "V Jump" came with a code for a DLC costume for Squall Leonhart in Dissidia 012 Final Fantasy, whereas the June edition came with a code for a costume for Vaan, and the Yakusoku no Basho / Tatta Hitori no Mikata single and mini soundtrack came with codes for exclusive items for Final Fantasy XIII-2.

DLC is redeemable (either by purchasing or by entering codes) through the console's or mobile device's e-Store. For the PlayStation 3, PlayStation Portable, and later Sony consoles, this is PlayStation Network, whereas the Xbox 360 and later Microsoft hardware use the Xbox Games Store; the Nintendo 3DS, Wii U, and Nintendo Switch use the Nintendo eShop and the Nintendo Wii used the Wii Shop Channel. Finally, Android devices use Google Play and iOS devices use the App Store to purchase downloadable content. Most of the games with DLC also include a DLC menu, allowing purchasing and downloading within the game.

Similar to downloadable content, many games may contain microtransactions. These are small payments often included in a free-to-play game. They do not add additional content, but purchase boosts or in-game currency within a game.

Some downloadable content was planned for the game, but it never materialized. This included the Seventh Ark, now found incomplete and dummied within the game data.

DLC offers additional accessories, weapons and costumes for Serah Farron and Noel Kreiss, Coliseum battles where the opponents can become recruitable Paradigm Pack monsters, and playable scenarios. Of all the available downloadable content, Serah's "Steel and Style" costume is the only free item that doesn't require the purchase of any other promotional items.

Director and producer interviews in Final Fantasy XIII-2 Ultimania Omega reveal that there were more plans for DLC scenarios than what were actually released. There were plans to have a motorbiking minigame included in the Snow Villiers DLC, where he would have had to kill monsters on the Archylte Steppe, and another where Hope Estheim would have traversed the Augusta Tower with the player's Live Trigger choices determining the story's outcome.

On June 11, 2013, the game was released on the PlayStation Network, along with the majority of the DLC content, which was released in a bundle. DLC content—barring the weapons, accessories, and some of the costumes—is included in the Steam release by default.

Much of the downloadable content is garb sets, which include a garb, weapon, and shield. Some also include adornments. Furthermore, in the Western release, the Japanese voices can be downloaded.

The player can purchase optional items from the Mog Station store.

Downloadable content was planned for Final Fantasy XV in the form of airships, attire, special battles and language options. If content was to be added via DLC, it was said it would be free.[2] In the end, the game launched with the Regalia Type-F flying car, it had two downloadable attires for Noctis (one for those who bought the steelbook edition, and one Japan-exclusive for those who bought the actual jacket Noctis would also wear in-game as DLC) and more content was added in patches. The game didn't launch with a manual photo mode, but it was added in a patch, and Chapter 13 was updated with new story content. The Moogle Chocobo Carnival was a free event that took place in February 2017 that had some additional content for Season Pass holders.

Totomostro in Altissia is a coliseum where the player can play a minigame with monsters fighting against each other, and the player participates by betting on the winner. The developers considered adding more content there post-launch.[3] Eventually, the Exhaust Manifold upgrade for the Regalia was added as a purchasable reward in the Royal Edition.

A virtual reality feature was planned to be included after the game's release.[4] This would eventually be utilized with the Monster of the Deep: Final Fantasy XV fishing game.

The downloadable episodes can also be purchased separately without a season pass.

Square Enix announced at Paris Games Week on October 27, 2016, that the game had gone gold, meaning development was complete and it was ready for production. Development would shift towards downloadable content, which includes three original episodes that take place during the events of the main game. Each episode has the player take control of one of Noctis's comrades, each with their own play style. Following the character episodes, an expansion pack called Final Fantasy XV: Comrades introduced an online co-op mode for up to four players allowing players to take control of custom made characters. Square Enix Business Division 2 producer Haruyoshi Sawatari managed the downloadable content and it was overseen by Final Fantasy XV director Hajime Tabata, with development led by core members of the game's team.[5]

On December 7, 2016, Square Enix announced plans for future free updates to the game. In the short term, the team planned to enrich some poorly received aspects of the game's story by altering some gameplay experiences and adding more scenes to further flesh out the motivations of certain characters. In the long term, the team wanted to look into making some of the story's side characters playable.[6] The second season of DLC where Lunafreya and Aranea were to be playable was cancelled, however, with only Final Fantasy XV: Episode Ardyn releasing.

The PSP version features free DLC through the game's Square Enix Members page, so long as players have Internet connection to the PSP. By linking the game and its PSP Player Code to a Japanese Square Enix Members account, players can collect daily tickets which can be redeemed for in-game items that will be sent to the main game. This allows players to obtain items that are normally difficult to find in-game (e.g. high-level phantoma and chocobos) as well as items that are only available as prizes from multiplayer (e.g. character-exclusive accessories and SPP Shop weapons). The members page allows the party to obtain their two additional costume sets, the summer and formal uniforms, by downloading the free trial demo and referring other users to download the demo as well.

Final Fantasy Type-0 HD does not feature connectivity to Square Enix Members, as all items were now obtainable in the game itself.

DLC offers additional dungeons and outfits for the king. The DLC can only be bought directly from the Wii Shop Channel and can vary in price from 100 Wii Points to 800 Wii Points.

DLC offers additional costumes, monsters, stages and an extra chapter after the completion of the game. The content can only be bought directly from the Wii Shop Channel and can vary in price from 200 Wii Points to 600 Wii Points. 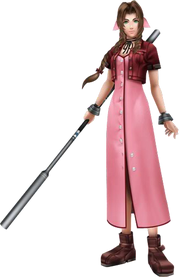 DLC offers additional costumes and music packs. Additionally, the Japanese edition has available downloadable quests for players which show more of the story. Dissidia Duodecim Prologus Final Fantasy was released ahead of the game as a downloadable feature that largely worked as a playable demo, but wasn't listed under demos, but rather among downloadable games in PlayStation Network since it was not free content and featured a side plot not present in Dissidia 012. If the player downloaded Prologus they could unlock the optional Assist character Aerith.

The game has a season pass that players can purchase to gain access to six downloadable characters and additional content, including weapons and costumes.

Alternate costumes, weapon skins, and materials packages can be purchased with real money. Each package also includes a fixed number of Gems used for gacha, multipliers, bag expansion, and recovery.

Players can also purchase a 30-day Moogle Pass that comes with a small bundle of Gems while at the same time increasing Training Board point multipliers and guaranteeing that all mastered Artifacts generate fully-powered red passives. The Premium version adds exchange coins for EX weapons and Moogle Tokens toward high-grade loot.

The Nintendo 3DS version has DLC offers several additional themes from titles of the series, while its iOS port offers more tracks from the series than 3DS version and has several downloadable characters. For the 3DS port, following the release of eight initial tracks after the game's release, tracks were released weekly until September 21, 2012, when all regions had the identical 52 tracks.

All the content can be purchased directly, for the Nintendo 3DS version, and from the App Store, for the iOS mobile version.

Additional themes and characters can be unlocked through downloadable content. It was split into two schedules: The First Performance, which ran from April to August 2014 in Japan and during September and October 2014 internationally and had a focus on titles within the series, and The Second Performance, which began November 2014 in Japan and December 2014 internationally and had a focus on non-Final Fantasy titles by Square Enix.

All the content can be purchased directly from the App Store on iOS mobile devices.

Numerous Mirages can be purchased for use in the player's party. Square Enix have also offered limited-time free downloads of special Champions to promote the release of other games, such as Sora from Kingdom Hearts.