Attacks a single target twice in a row.

Double Attack, also known as 2x Cut (れんぞくぎり, Renzoku-giri?), Dual Attack, Double Shot, or W-Attack, is a recurring ability in the Final Fantasy series. It allows the user to attack twice in a single turn with a physical attack.

A more powerful upgrade to Double Attack lies in Barrage. The Monk job in Final Fantasy V and the Thief dressphere in Final Fantasy X-2 have the property innately. Ninjas often have the related Dual Wield ability that lets them equip two weapons at once and attack once with each; Double Attack is defined by both attacks being the same, whereas in dualwielding the player can combine two weapons with different properties.

Double Attack is a property of the Twin Lance weapon, that attacks twice when the user uses the Attack command. If Twin Lance is used as a counterattack it only attacks once.

Every job who has no weapons and no shield equipped will attack twice per Attack command, and the twice-attacking property is thus commonly associated with Monks.

The Double Cut Command Materia allows characters to use the 2x-Cut command, allowing them to attack multiple times in a turn. At level 1, characters can attack twice in one turn at full damage. It upgrades to 4x-Cut.

May double your attacks.

Dual Attack is a command ability for Vaan learned on level 3. It attacks one enemy twice.

Double Attack is used by Neo Exdeath in the Deltascape V4.0 (savage) duty. Targeting a tank, it deals massive damage in a small area of effect dealing more damage the closer the target is to Neo Exdeath. To survive, Double Attack must either be shared between both tanks using heavy cooldowns, or with an immunity, such as Holmgang or Hallowed Ground.

Doubleshot is an ability learned by the Sniper class for 300 AP from the Twin Bow. It attacks twice for half damage, so its main purpose is finishing off elusive foes with low HP left.

Double Shot is learned by the Sniper class for 300 AP from the Twin Bow. It allows the user to attack twice in one turn.

The Opportunity Command Flurry! allows a unit to attack an adjacent enemy twice in succession if there is only one unit adjacent to it during an Opportunity Turn.

W-Attack is a special attack that has 15 uses and increases a Robot's HP by 9. The damage formula is the user's Agl x6. The user attack up to 2 times, damage also depending on the mob's Agl. This attack can be used by Answerer, Gae Bolg, Kusanagi, and Moaner.

W-Attack makes the user attack one enemy two times at 1/2 damage. The following enemies that can use this attack are Scorpion, Hunter, Aeshma, LoonyGuy, and Cracker.

Double Attack is a level 1 Sword Skill with a level 100 cap that allows an adventurer to attack twice in one turn. The higher the skill's level, the higher the chance of using the skill. The adventurer's comment is, "It's all in the wrist".

Dual Attack is a Genome ability that deals two physical attacks that do x0.65 the damage of a normal attack each on random enemies. It will always hit one enemy when there is only one on the field. It is learned from Catamount. It costs 15 MP to use.

Double Attack is an ability usable by the Warrior class, as part of its Battle Arts skillset. It is learned at Job Level 20 and costs 16 MP to use, and allows the user to attack twice in one turn.

Double Attack is an active physical ability that inflicts neutral physical damage on a single target for 3 AP. It hits twice. It has medium topple strength. it can be used by Bihydra and Dualizard. 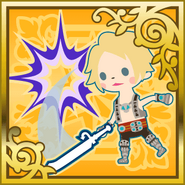 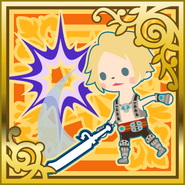 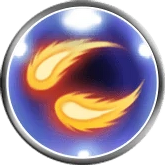