Double (ダブル, Daburu?), also known as Dualcast, is a recurring ability in the series. Similar to the recurring Dualcast ability, Double allows the player cast spells twice in succession.

Double is a magic spell available to the party. It inflicts the status effect of the same name on a single party member, allowing them to cast spells twice at once at the cost of expending more spells from their stock than normal. Unlike other positive statuses in the game, Double and Triple have no time limit and last till the end of the battle once inflicted.

Double is an enemy ability used by Nabriales. When used, the ability will bestow Double status to the Nabriales, which will allow him to cast his Spark spell twice on the target with the highest enmity.

The first form of Hades also uses Double in his attack cycle for consecutive castings of Dark Eruption and Shadow Spread. His Extreme version uses a variant called Ancient Double, which causes all of his attacks in his first phase to hit twice.

Dualcast is an Elemancy spell available to Noctis and his party members to craft. The spell randomly casts Fire, Blizzard, or Thunder twice on enemies. The first spell cast by Dualcast is guaranteed to hit the enemies, while the following spell has a decrease in accuracy.

The tier and potency of these abilities are dependent on the amount of elemental energy and items used to craft the spell. 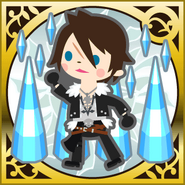 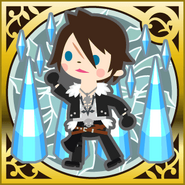