Tetsuya Nomura
Doomtrain is a Guardian Force that first appeared in Final Fantasy VIII. It is a Poison-elemental optional summon that inflicts a myriad of status ailments on its opponents. It doesn't learn any stats junctions naturally, but learns comprehensive elemental and status attack and defense junctions, including the useful x4 variations. It is the only GF to learn Auto-Shell naturally and the first GF on the roster to learn +40% versions of SumMag+ and GFHP+ abilities. Its unique abilities let the player remodel weapons from the menu and create "forbidden medicine", such as Elixirs, Megalixirs, Hero-trials and stat-boosting items.
See also: Phantom Train

Doomtrain is a demonic train invoking the imagery of ghost trains of folklore. It has a skull-like face and white eyes with red pupils. The parts the train is built of appear organic, resembling bones and fangs. It has a bright light up front and flies through the air on tracks that appear out of nowhere. Doomtrain has an arm in his steam calculator nearby its smokebox. It has a stubby rat-like tail.

The GF Doomtrain appears as part of Quistis Trepe's "Doomtrain" Overstrike Soul Break, which is learned from the Malboro Tentacle. It deals poison and non-elemental damage equal to 39.6 times the base magic damage, and, being an Overstrike Soul Breaks, is capable of breaking the damage limit. Additionally it has a 15% chance each of causing Poison, Silence, Confuse, and Blind.

The requirements for obtaining Doomtrain, having 6 Malboro Tentacles, 6 Steel Pipes, and 6 Remedy+ are a reference to the number of the beast, a number in Christian theology associated with the end times.

Doomtrain's ability to cause a myriad of status ailments and its demonic portrayal may stem from late 19th century superstitions about locomotives within Victorian Era Great Britain and Japan, in where riding or being closely around running trains by the tracks could cause anguish known as locomotive derangement, and to where machines were sometimes viewed with ominous airs or tools of demonic origin. 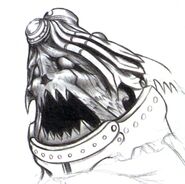 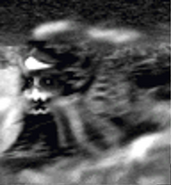 Doomtrain's Japanese name is Glasya-Labolas. [view · edit · purge]In demonology, Glasya-Labolas is derived from one of Goetia's demons, the mighty President of Hell who commands thirty-six legions of demons. He is depicted as a dog with the wings of a griffin. He is mentioned in the 17th century Grimoire, The Lesser Key of Solomon.

Doomtrain is obtained from Solomon's Ring. [view · edit · purge]In Medieval Jewish, Christian and Islamic legends, the Seal of Solomon was a magical signet ring said to have been possessed by King Solomon, which variously gave him the power to command demons, genies, or to speak with animals.

In the debug menu, accessible only via a cheat device, a menu refers to Doomtrain as "Death Express". This may have been Doomtrain's intended name, but it was over the character limit—likewise, Pandemona is referred to as "Pandemonium". In the French language localisation, its attack is called "Death Express".