Doma Castle is a castle in Final Fantasy VI. It is located in the northeast part of the world, and is surrounded by lush streams and rivers. It is the home of Cyan Garamonde. Doma is a simple nation that lives without the technology and machines used by the rest of the world.

According to oral tradition, Doma was founded 1,200 years ago. The country survived the War of the Magi and possessed a written record about the war, but it was lost 980 years ago. Doma started training Samurai 600 years ago, and refused to industrialize like the Gestahlian Empire and Figaro.

Following a year of skirmishes, the Gestahlian Empire launched the Third Gestahlian Campaign against Doma and the Returners, an anti-Imperial resistance group. Doma puts up a tough fight, but after two years of war, Doma Castle itself is under an Imperial siege.

While escaping with the Returners down the Lethe River from the Returner Hideout, Sabin is knocked off their raft by Ultros and washes ashore in the Doma region. Shadow, a ninja and mercenary, is in the region and warns him of an Imperial base, and agrees to aid Sabin in getting past the warlines to find a way to Narshe. As Sabin and Shadow infiltrate the Imperial base, the Empire stages a massive attack on Doma Castle under the command of General Leo

The Doma sentries are prepared to surrender to the Empire, but their finest warrior and retainer to the king, Cyan, encourages them to not give up and that the soldiers will flee if they defeat the commanding Captain. Cyan and the sentries emerge from the castle and Cyan duels and defeats the Imperial Captain, sending the Imperials fleeing. With the siege over, the forces of Doma blockade themselves in the castle to wait out the Imperials.

Kefka, irritated with the siege, plots to poison Doma's water supply and kill the inhabitants. While General Leo opposed this plan, he was recalled by Emperor Gestahl. Sabin and Shadow attempted to stop him, but Kefka fled and the two were occupied with fighting Imperials as Kefka carried out his plan. Doma's water supply was poisoned and most of the inhabitants perished; only Cyan and one sentry survived. A grief-stricken Cyan attacked the Imperial camp and eventually fled the Doma region with Sabin and Shadow. The Empire took occupation of Doma Castle soon after.

During the Imperial banquet in Vector, depending on the party's conduct during the banquet the Empire may grant the concession of withdrawing their forces from Doma Castle.

In the World of Ruin, Doma Castle is on a small island in the north-east and lies abandoned. When the party stops there with Cyan and rests the night, Cyan is attacked by the Dream Stooges. The party pursues them into Cyan's Dreamscape, a reflection of Cyan's soul that ends in a phantom version of Doma Castle. The spirits of Cyan's family, Elayne and Owain, tell the party that a being called Wrexsoul is wreaking havoc on Cyan for his negative emotions over the loss of Doma, and begs them destroy Wrexsoul to free Cyan. The party defeats Wrexsoul and Cyan speaks to his wife and son before the party leaves the Dreamscape. Cleared of his guilt and self-doubt, Cyan attains his peak level of skill and masters all his Bushido techniques.

Doma Castle is surrounded by water and walls, making it highly defensible. Many of the castle's walls and walkways seem to be built over the water, and the castle seems to be built on a series of islands rather than solid ground. Aside from the main gate, the only access to the castle is a piece on the western wall. Walkways span the outside and convene at the main doors of the castle. Inside, a wide staircase leads up to the throne room, and doors lead to a waiting area and barracks under the stairs. Cyan's personal quarters are east of the throne room, and south of his quarters is a door that leads to the outer walls of the castle outside, and a small tower near the front contains a storage room. A staircase west of the throne room doors leads up to a balcony atop the castle keep.

During the siege of Doma, the only treasure obtainable is a Remedy in a pot in the waiting area under the stairs. All other treasures in the castle are blocked off in some manner. They can be acquired once the Empire withdraws after the Imperial banquet. If the player did not earn enough favor with Gestahl for the Empire to withdraw from Doma, the castle will remain inaccessible until the World of Ruin.

The barracks under the stairs has a Hi-Ether in a chest and an Elixir in the clock. Cyan's room contains an X-Potion, and the storage room on top of the castle walls contains a Phoenix Down and Prayer Beads.

After the player defeats Wrexsoul in the Dreamscape, they will automatically obtain the Masamune, and after returning to the real world, the Magicite Alexander can be found in the throne room. The Dreamscape has the same treasures as Doma Castle, but they can only be acquired in one location or the other.

Soon after the player arrives at the Imperial Camp with Sabin in his scenario, they will witness a scene of the Empire attacking Doma. The player receives control of Cyan outside the gates of Doma, and the objective is to defeat the Captain. The other troopers in the area initiate battles with two Soldiers; they give no substantial rewards and are best avoided. The Captain is most simply defeated by using his level two Bushido, Sky, as it will likely kill him in one hit. Cyan's part of this story sequence ends when the battle is won.

After a sequence with Sabin at the Imperial Camp, the sequence returns to Cyan on the roof of Doma Castle. Upon entering the castle and descending the stairs, Cyan will automatically progress to the throne room. When the player receives control of Cyan again, exit the throne room and enter the room to the right of the doors to witness a story scene. After this the player returns to Sabin at the Imperial Camp and escapes it with Cyan.

In the World of Ruin, if the player goes to Doma Castle and sleeps in the barracks, Cyan will not wake up in the morning. The Dream Stooges enter and the party chases them into the Dreamscape, an illusory world made up of past areas the party has explored. At the end of the Dreamscape, the party must defeat Wrexsoul to free Cyan and return to the real world.

This event will only trigger with a party of Cyan and three other characters, a less than full party will not be able to enter the Dreamscape. Once entered, the Dreamscape cannot be left until Wrexsoul is defeated, so the player should be cautious about taking on this sidequest if they are not certain they are up to the task. 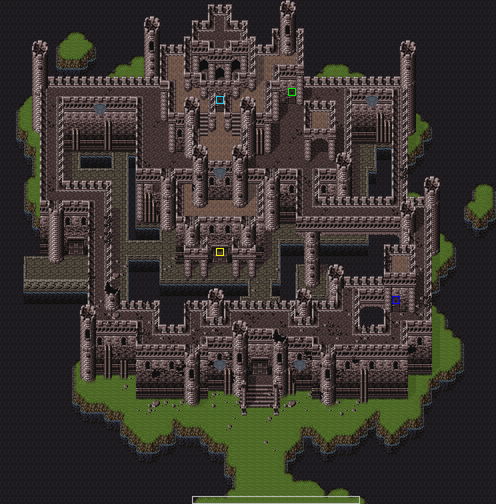 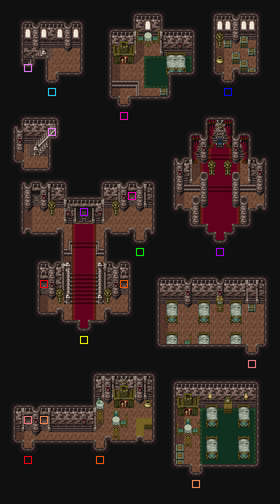 "Cyan's Theme" plays as the background theme for Doma's Castle.

In the Dawn of Souls and subsequent remakes of the original Final Fantasy, Doma is one of the automatic names the player can choose for the Warrior job.

According to his concept art in the Final Fantasy XIII-2 Ultimania Omega, Gilgamesh found his Masamune in Doma's poisoned river, a reference to Cyan obtaining the same sword in the castle.

Several points of information in Final Fantasy VI Settei Shiryō-hen contradict information given in-game, so it is unknown to what degree this history can be considered canonical. However, the age of the nation of Doma is supported by the Game Boy Advance and later releases, where the Murakumo is described as an ancient Doman blade lost during the War of the Magi.

If the player uses the airship glitch to skip Sabin's scenario early in the game, it will become impossible to finish this scenario later on: At a certain point in the story, all the NPCs are removed from Doma Castle, and visiting the castle during Sabin's scenario afterward will cause a lock up, making it impossible to complete.

The king of Doma (SNES). 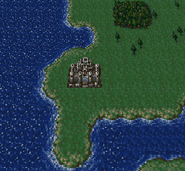 Doma Castle on the World of Balance map (SNES). 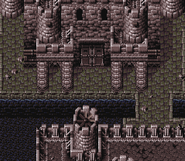 The entrance to Doma (SNES). 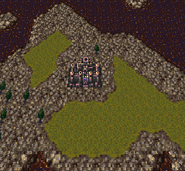 Doma Castle on the World of Ruin map (SNES).

Doma Castle on the World of Balance map (GBA).

Doma Castle on the World of Balance map (2014 mobile/Steam).

Doma Castle on the World of Ruin map (2014 mobile/Steam).