But mortality is what makes life so precious in the first place. It is not how long you live, but what you make of the time you have in this world.

Doga has a gray mustache. He wears a red orange cloak and wields a scepter. He wears the hood of his cloak up, obscuring his visage. In his NES sprite only his long white mustache shows, but the 3D remake gives him a face. He wears a long necklace with a large golden key pendant.

Doga is a wise man. He is a recluse, preferring to live alone. He believes that the Warriors of Light have what it takes to save the world and supports them with all he can.

One of the three students of the great Magus Noah, Master Doga was given the power of magic. A recluse, he lives in a manor secluded from the rest of the world protected by powerful winds, with moogles as his guards. He joins the heroes when he enters the Cave of the Circle with them. The Warriors of the Light travel through the Cave of the Circle to make the Nautilus submersible and then so they can enter the Temple of Time and ultimately awake Unei.

Doga later ventures to another dimension to find the key to the Forbidden Land, Eureka. He is not heard from again until he contacts Master Unei in the world of dreams. He contacts her again after the heroes get the Invincible to ask them to come to the other dimension. The heroes later fight him in Doga's Grotto where he turns into a horrible, tailed, inhuman head. The heroes must battle Doga and Unei as the Eureka Key needs energy from them before it can be used. After the party defeats him, Doga reassures the party that though his body is destroyed, his spirit will live on, and gives them the complete Eureka Key.

Before fading away, Doga commands the party to travel to Syrcus Tower and defeat Xande. He tells them that this will banish darkness from the world. When the party is defeated by the Cloud of Darkness, it is Master Doga, along with Master Unei, who revives them. After doing so, their spirits move on for good.

In the 3D versions, as a Magus, Doga aids in battles by casting Firaga on enemies. If the whole party has mini-status on (such as in the Cave of the Circle), Doga casts Flare on a single enemy.

Doga is fought as a boss.

Doga appears as a supporting non-playable character in "Chronicles of the New Era" storyline involving the Syrcus Tower. The enemies Doga's Clone(s) also appear in the tower.

Doga and Unei in front of the Crystal Tower.

Doga on the top floor of Syrcus Tower.

Doga is an ally and a summonable Legend in Final Fantasy Airborne Brigade. He is depicted in his Final Fantasy III default outfit. His EX ability is Feral Strike. 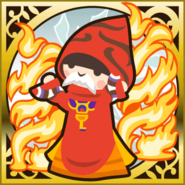 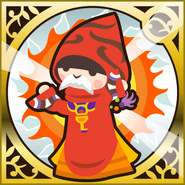 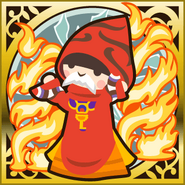 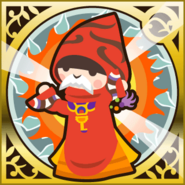 In Final Fantasy IX, Doga's Artifact is a key item that can be bought at the Treno Auction House, and if it is then taken to the phonograph in the inn of the Black Mage Village with Une's Mirror, "Pavilion of Dorga and Une" will play until the player leaves the village.

One of the Mixes from the aborted Transmuter job in Final Fantasy Tactics A2: Grimoire of the Rift is named "Doga's Wrath" (ドーガの怒り, Dōga no Ikari?).

His original NES sprite, albeit modified, is used in the webcomic "8-Bit Theater". The sprite is used to represent the character Sarda.

Doga in the Manga. 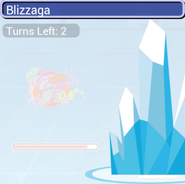