Since the dawn of eternity, four lights of hope have shone upon the world. Men flock to these lights, around which they build four peristylia. Each peristylium becomes their faith and society, the path upon which they are set.

Diva during the opening narration

Diva is a minor character in Final Fantasy Type-0 who appears during the opening movie serving as the narrator. She also appears in the logo. Though called the creator of Orience, she is in fact merely a neutral observer and recorder of the world's history.

The deity exists as two bodies with the same will and spirit. She appears in a long, pale-colored dress that hides her legs, and is adorned with gold and silver accessories. She wears separate, kimono-style sleeves with cuffs trimmed with feathers. She also wears an ornate golden crown. Her hair is silver and she has long fingernails.

As befitting her role as the observer and recorder of Orience's history, Diva appears detached and even lacking in emotion. She simply records events and announces the arrival of certain events. Her recording abilities can only reach so far as she has never recorded the very end of a cycle.

Diva, the Divine Spirit
Two lights cast their all-seeing eyes upon the spiral,
Instructed of the great Will only to watch, never to interfere.
The lights raise their voices in harmony, Diva of the heavens,
Singing of the world's end, a long-forgotten fate.

With loud noise, the wheels of time turn, carving out hours that cannot return. One, two, three, four... The time is ripe. The first seal is opened, and... the voice of thunder is heard throughout the world.

Diva on the arrival of Tempus Finis.

According to official information, Diva is the being who "watches over the cogs of time".[1] She is a neutral overseer of Orience, existing outside its spiral of history. According to the Final Fantasy Type-0 Ultimania, Diva was created along with Arecia and Gala by the deities Pulse and Lindzei, and is tasked with watching over the world.[2] She may be the one who created texts like the Nameless Tome, which describes the legends and purpose of the world and the role of such beings as Arecia Al-Rashia in them. Her instructions, given to her by the Great Will, are to observe and never interfere with events. Her fate after Orience is freed from the spiral is unknown, but given her neutral stance and purpose, it is likely that she continues to watch and record the events of Orience.

Diva is voiced by Fleur Saville in the English version. 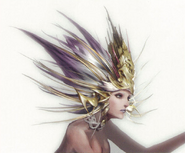 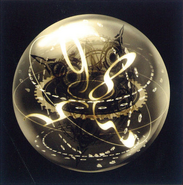 [view · edit · purge]A diva is a celebrated female singer; a woman of outstanding talent in the world of opera, and by extension in theater, cinema and popular music. The adjective female, diva and male, divus means divine. The word Deus/Dea meaning God/Goddess is reserved for actual deities (deos perpetuos) whereas diva/divus usually refers to those who have been ascended to the divine from more modest means.