Amp'd Mobile
Verizon
Dirge of Cerberus Lost Episode -Final Fantasy VII- is a fully-voiced mobile phone game and is a midquel to the original Dirge of Cerberus -Final Fantasy VII- third-person shooter game for the PlayStation 2. It is part of the Compilation of Final Fantasy VII. Upon its initial release, it featured only a single-player mode, but Multiplayer became available later on. As the infrastructure required to switch episodes was shut down, the ability to fully play the game ended on on March 31, 2018.[1]

Vincent learns that the Deepground soldiers are searching for him in the hopes of harvesting the Protomateria from his body. He decides to investigate the Shinra Mansion in an effort to uncover the truth about his own past — and the mystery behind the Protomateria as well. Reeve Tuesti's goal is to find information on Deepground written by Dr. Lucrecia Crescent. On his way to the mansion, Vincent's chopper is attacked by the Deepground. He survives and makes his way to the Shinra Mansion. The game's story consists of what happened en route to the mansion, events that were previously unknown to players of Dirge of Cerberus. 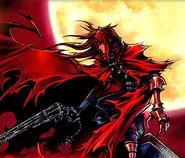 Screenshot of Vincent battling a monster. 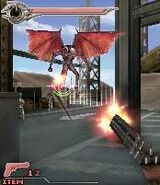 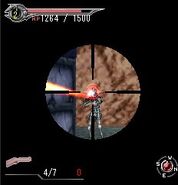 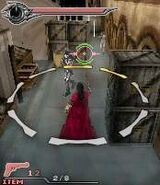 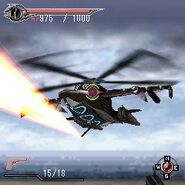 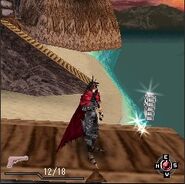