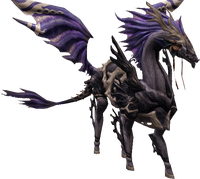 Kingdom Central Command only deploys these high-ranking dragons with a mere handful of units because of their inability to fly. However, the diepverns compensate for their lack of mobility by controlling the climate in order to put opponents in a disadvantageous position. As the diepvern weakens, it will begin summoning downpours and blizzards. Angering the diepvern will also cause it to initiate a heat wave, so combatants are advised to engage this wyvern only if they are prepared for all types of inclement weather. 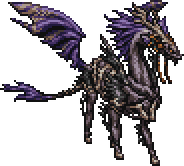