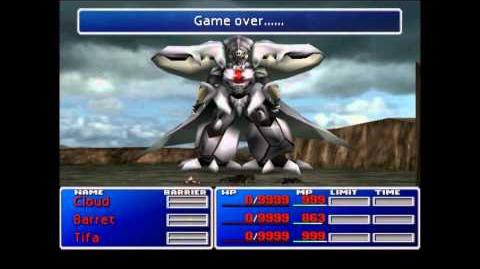 Diamond Weapon glitch is a hazardous glitch in Final Fantasy VII which makes Diamond Weapon disappear from the world map, ruining the player's save file.

When Diamond Weapon wakes and starts walking towards Midgar on Disc 2, the player has to stop it and fight against it. If the player enters the menu and saves their game exactly when the battle against Diamond Weapon is going to start, and then loads their game normally, Diamond Weapon has vanished from the map. This makes one unable to finish the game, as the Sister Ray is never launched, and the barrier over the Northern Cave still remains, making it impossible to fight against Sephiroth.