Diamond Knuckle (ダイアナックル, Daia Nakkuru?) is a recurring knuckle weapon in the series.

Diamond Knuckle is a mid-ranked weapon for Tifa that provides 51 Attack, 112 Atk%, 10 Magic, Critical% +2, as well as one unlinked Materia slot and two linked Materia slots with normal growth. It can be bought for 5,800 gil at Wutai Village.

Diamond Knuckles hand-to-hand weapon that provides +17 damage, +96 delay, VIT +2, and Accuracy +2. It deals +3.54 damage per second and accumulates +7 TP per hit. It can be equipped by level 71 Warrior, Monk, Red Mage, Thief, Paladin, Dark Knight, Beastmaster, and Dancer. It can only be obtained through synthesis.

Diamond Knuckles are a pair of

Monks. They can be dropped by Kefka in

Sigmascape V4.0 (Savage), or traded for in Rhalgr's Reach using tokens acquired from the same duty.

Knuckles made of diamond.

The Diamond Knuckle appears as a 2-handed knuckle within the Forsaken Dungeon. It provides 84 Weapon Atk, 4 Durability, -2 Speed, and -2 Consumption Rate. 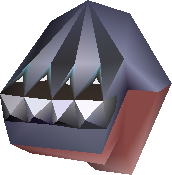 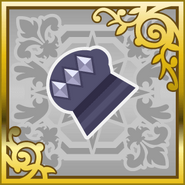 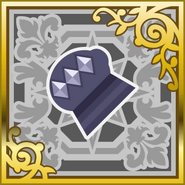