Deals damage to all undead foes.

Dia (ディア, Dia?), also known as HARM or Dia1, is a recurring spell in the Final Fantasy series.

Initially appearing as a White Magic spell meant to deal damage to undead enemies at the start of the series, its original use has been rendered obsolete by the ability to target enemies as well as allies with the Cure line of spells. Its later appearances in the series often has the ability dealing minor light-elemental damage to enemies.

The spell can be bought while in Cornelia and can be learned by the White Mage and White Wizard classes. In the GBA/PSP/iOS releases, it costs 5 MP to cast.

Dia is an Enfeebling Magic spell that can be cast by low-level Red Mages and White Mages. It deals a very small amount of light-elemental damage and applies a status effect that reduces the target's Defense and deals one point of additional light damage per tick over the course of a minute. The higher-level Diaga offers the same effect against multiple targets while Dia II and Dia III are altogether more powerful. Some monsters wield group-cast versions of these spells which are not available to players.

The use of Dia conflicts with the use of Bio such that only one of the two may be active on an enemy at a time. Bio prevents Dia spells of equal or lower rank from being applied and dispels them if they are already present on a target. Though higher tiers of Dia can overwrite Bio in return, such as Dia III replacing Bio II, Bio's strongest form is ultimately insurmountable in this fashion. Monsters are sometimes able to inflict both Dia and Bio upon players, however.

Adventurers who choose Red Mage as their first job are given a free Dia scroll. Merchants in each of the starting nations also sell it for a very low price.

Dia was an ability during the initial launch of the Legacy version. It was a Thaumaturge spell available for use at Rank 12 and it cost 3 action points to set. The ability dealt astral-elemental damage over time and reduced the defense of enemies within an area of effect. After the release of patch 1.20, Dia; along with its upgraded forms, became unusable by any class.

Dia is a White Mage spell that automatically replaces the Aero II spell once players learned the Aero Mastery II trait at level 72. The spell serves as the job's strongest damage-over-time spell, replacing the removed Aero III action. Dia deals direct unaspected damage with a potency of 120 when initially performed on the target, followed by a damage-over-time effect with a potency of 60 for 30 seconds. The spell costs 400 MP to cast in PvE content.

In PvP, Dia only inflicts direct damage with a potency of 300 on opposing player characters, and will inflict an increase vulnerability effect on the target for a period of 15 seconds. The spell costs 1000 MP to cast in PvP content.

Dia is a spell with a base Attack of 670, and base Defense of 710. Its maximum level is 60, its cost is 11, it is an ability based on Intelligence, and it has a fast leveling rate.

Dia is a Level 3 spell that can only be cast by Chocobo as a White Mage. It inflicts medium Holy elemental damage to one foe three grids forward, costing 2 SP to cast, and 120 JP to use. 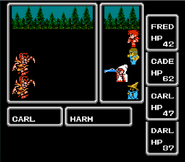 Dia being applied to a Worm from Final Fantasy XI. 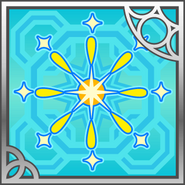 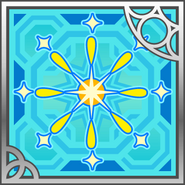 This gallery is incomplete and requires Final Fantasy Fables: Chocobo's Dungeon added. You can help the Final Fantasy Wiki by uploading images.

In ancient Greek religion and folklore, Dia means "heavenly", "divine", or "she who belongs to Zeus". The name is attributed to several figures and treated like an honorific or title.

In the original Japanese release of Final Fantasy, "Dia" was an abbreviation for "Dispel Undead", as the "uh" sound that "undead" begins with is often written as "a" in that Japanese. When it was later realized that "Dia" and "Día" mean "day" in Portuguese and Spanish, the name was applied to other localization as a play on the idea that sunlight is harmful to the undead.[1]