An alternate version of Desch was the ancestor of G'raha Tia. A Seeker of the Sun Miqo'te, he lived during the fall of the Allagan Empire 5,000 years ago. The princess of Allag, Salina, used Allagan technology to infuse her blood into Desch so that the royal bloodline would continue to live on, and with it the control of the Crystal Tower. Desch's descendants, the G tribe of the Seekers of the Sun, would occasionally be born with one red eye, known as the Allagan Eye, which represented the legacy of Desch and Salina.

Desch appears in the manga adaptation of Final Fantasy III. He initially appears in a villainous role, using birds to attack towns and brainwash people into serving him. He captures and brainwashes Muuchi, forcing the rest of the Warriors of Light to rescue him. Desch turns out to be under the influence of a monster and, upon its defeat, turns good. He accompanies the party to the Castle of the Ancients and assists in the fight against Hein. He eventually sacrifices himself by merging with the Living Woods and sending the heroes to the surface. Desch differs from his later appearances in that he is more of a physical brawler, being strong enough chop a tree. He also has the ability to summon and command birds.

Desch is set to appear as a playable character.

Desch appears as a Legend. 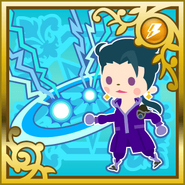 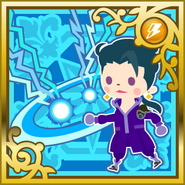 Thundara (SR+).
Add a photo to this gallery 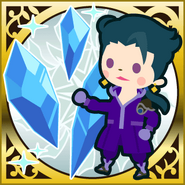 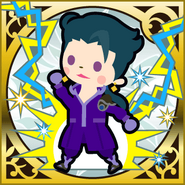 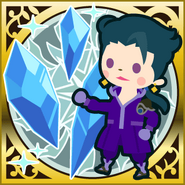 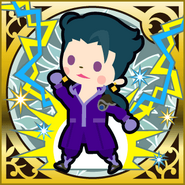 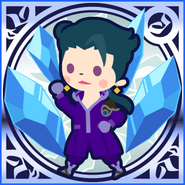 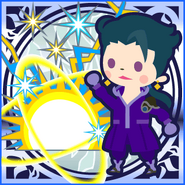 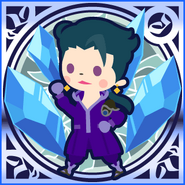 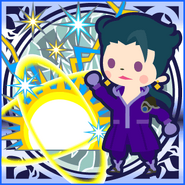 Thundara (SSR+).
Add a photo to this gallery

Desch is a playable character who could initially be recruited during the Challenge Event The Earth Stirs as the First Time Reward for completing the event's Sealed Cave in Part 1.

Alright, where are we headed next? As long as I'm with you, I'm down to go anywhere!

Desch appears as a character and summonable vision. His job is listed as Swordsman.

Entries for different versions of Desch.

Desch's stats at his highest levels are as follows (with no passive abilities taken into account), along with the maximum amount of stat points that can be increased through pot-enhancements:

Primeval Lightning limit burst.
Add a photo to this gallery